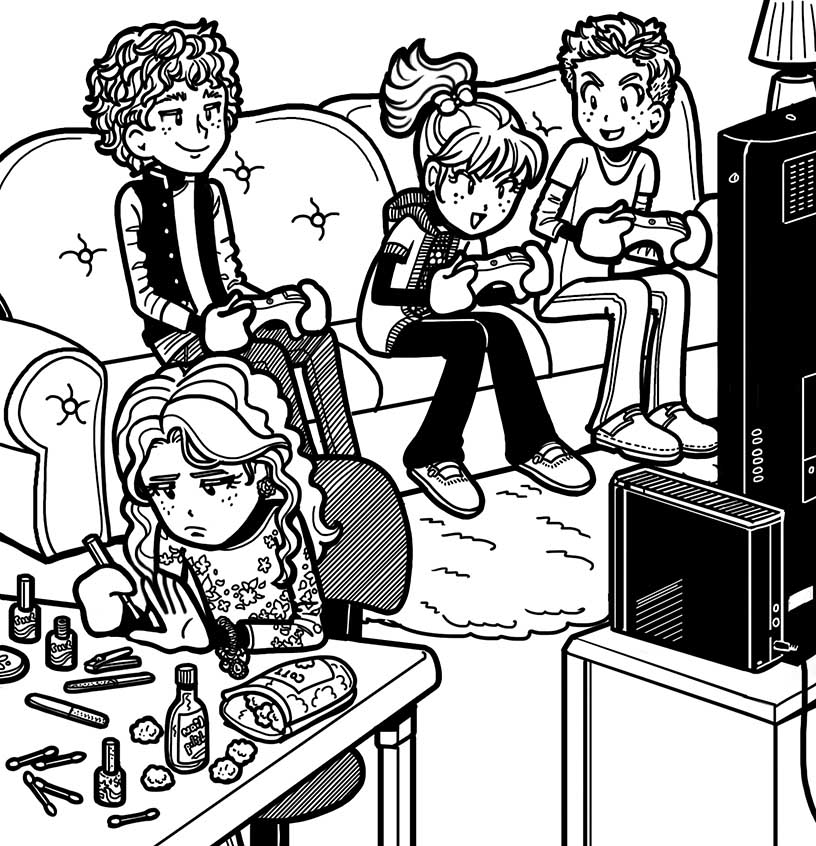 I have a big problem. My sister is a tomboy, and since she thinks I’m too girly, she only interacts with our two brothers. I thought maybe it was a problem with my style or attitude, so I tried to change, but it doesn’t seem to help.

I’ve tried many times to make her spend time with me, but she won’t. Maybe I am just too girly. Please help me, Nikki!

Girlfriend, there’s no such thing as TOO girly! I mean, think about it: would anyone ever accuse a boy of being too boyish? NO!

I’m sure it’s harder on you, since she has your two brothers to pal around with, and you end up feeling like the odd man out. (Well, odd GIRL out!)

If you had two other sisters and they were totally girly, you probably wouldn’t feel so bad about this because you wouldn’t feel all alone.

I think you need to take a two-pronged approach to your feeling-ditched dilemma.

First, try to spend time with all your siblings together.

She clearly wants to be around your brothers because she relates to them a little better, so maybe you could join them for stuff that isn’t boyish or girlish. Like, you could go to a movie that you all like on the weekend, or maybe you could all play board games together.

They’ll love the competitive aspect, and you’ll love not sitting alone in your room, staring at a picture of your sister, singing that old, sad song “All by Myself.”

Second, try to find some sister-friends. Since my sister is as annoying as a big fat zit on the tip of your nose, I’ve found my sister-friends in Chloe, Zoey, and Marcy.

We’re not related by blood, but they love me just the way I am…no style or attitude adjustment required!

I’m sure there are some girly girls out there just like you who’d love to spend time with you when you’re not chilling with your sibs. (That means “siblings,” in case you didn’t know!)

Then you’ll have the best of both worlds. Problem solved!

What go you guys think? Do you have any advice for Zoeysha?