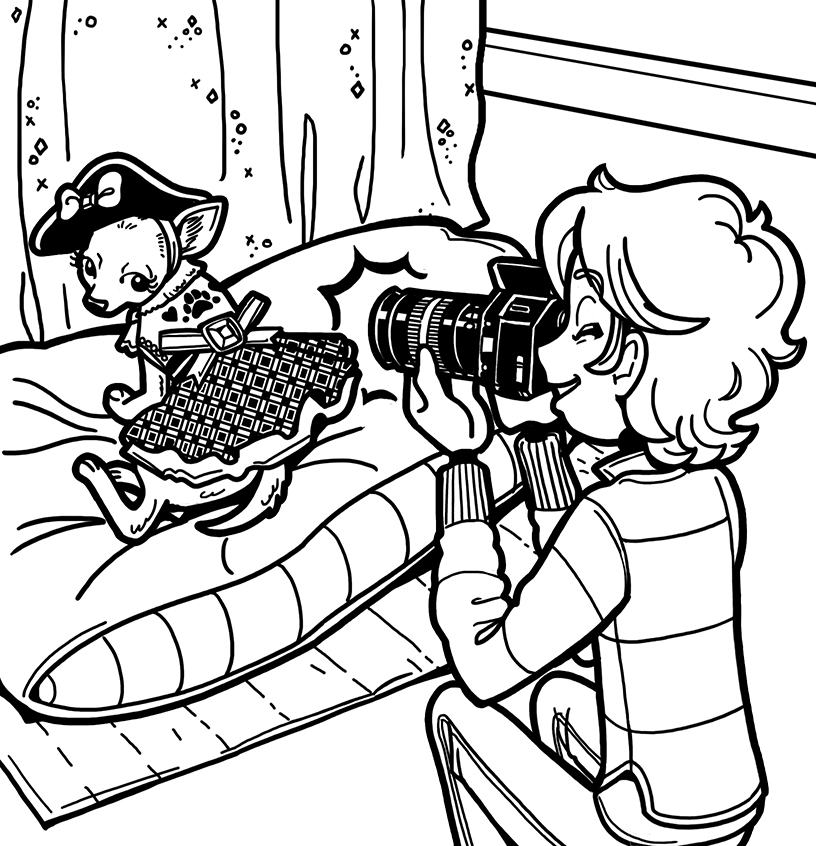 I am SO impressed with Brandon right now!

He does awesome stuff pretty much 24/7, because that’s just what awesome people do. But this is the most incredible thing he’s EVER done!

You know how he’s totally into photography? Well, I’ve seen a lot of his work, and it’s always really good! But I had NO IDEA he’s been working on this epic project since before we even met.

He’s been keeping it a secret because he didn’t want anyone to see it until he finished. And I can see why. It’s AMAZING!!!

I’m sure the suspense is KILLING you, so I’ll get to the point!

Every day for the past two years, he’s taken pictures of this super cute Chihuahua, named Princess Bella, at the animal shelter. Every picture is similar to the preceding one, but slightly different.

He must have over 6,000 pictures! Totally impressive, right? But that’s not even the really cool part!

He took all those pictures and made a short animated video with this program online.

I didn’t actually know you could do this with photos! (Look, Mom, I’m having fun learning!)

I know what you’re probably thinking: why didn’t he just pull out his iPhone and record Princess Bella? That would have been so much easier, right?!

The thing is, he put her in positions to make it look like she was doing stuff she wouldn’t actually do on her own.

The video starts with Princess Bella surfing the web, looking at a picture of another Chihuahua…her crush, I guess!

Then we see Princess Bella posing in a mirror with different outfits on.

Then Princess Bella goes to the dog park where she meets this other Chihuahua, named Jasper, and they have a picnic together.

He titled the video, “PB & J Go Together.” Get it? PB stands for Princess Bella and J stands for Jasper.

I got to see the video this Saturday when he invited me to hang out at the animal shelter. He told me I was the first person to see it.

I was SO touched!!

I told him he’s super talented.

Then he said, “No, YOU’RE super talented.”

Then we both blushed and stared at our feet.

All this blushing and staring was going on FOREVER until I finally said, “Let’s go get a burger a Crazy Burger to celebrate your awesome accomplishment!”

Over lunch, he told me about some other ideas he has for new photography projects. They’re all TOP SECRET, so unfortunately, I can’t tell you guys. But I CAN say this…they’re all just as creative and impressive!

What do you guys think? Wasn’t that the coolest idea EVER? What kind of animated video would YOU make?