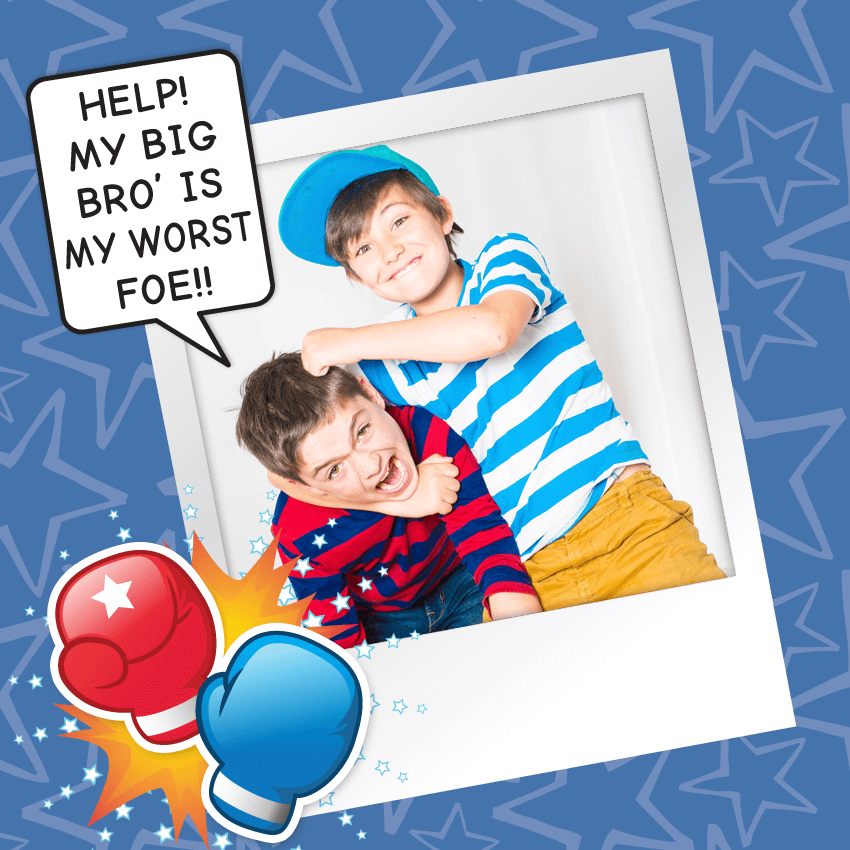 I was so excited to start at the same school with my older brother. I thought he’d introduce me to his friends and it’d be cool to know all of the older kids in his grade. At least I thought he’d show me where the math hallway is! But he acts like he doesn’t even see me! If I go up to him at school, he treats me like a stupid little kid or he’s kind of mean. Sometimes at home it’s better, but sometimes he acts like he’s my third parent, telling me what I can and can’t do. What gives? How do I get some respect?!

Oh man, that sounds really frustrating—to expect to have the inside track and then be shut down by your own brother. I can see why you’re disappointed.
I can’t totally relate, since I don’t have siblings. But I do spend a lot of time around animals at my grandparents’ animal shelter. And here’s the cool thing about dogs—their behavior is really predictable. If you get a group of dogs together, they immediately organize themselves into a pack, and there’s always a top dog and a bottom dog, and a whole pecking order of dogs in between. (I guess pecking order is for chickens, but you know what I mean.) And if any of the dogs beneath the top dog get out of line, he lets them know. (At least your brother doesn’t bite you—I hope!)

It sounds like your brother thinks he’s top dog, at least when your parents aren’t around. You can’t change the fact that he’s older, but maybe he could be less of a snarling bully and more of a top dog you know you can count on to lead the pack.

So how to help him see that?

You said that sometimes things are okay at home. Maybe during one of those chill times you could talk to him honestly about how you feel when you’re at school and he ignores you or shoots you down. Explain how it would mean a lot to you if he treated you with some respect. I know talking about feelings can be uncomfortable, but the worst thing that can happen is things will go on how they already are. But best case scenario, maybe your brother listens and makes an effort to change. If you step up and lead the conversation, maybe he’ll notice how mature you are and you’ll earn some respect right then.

I’d also think about why your brother treats you how he does. At home, he might feel controlled by your parents, so he enjoys having some control over someone else. And maybe when other people are around, he feels better about himself when he acts like a tough guy. (He should feel like a jerk, and maybe sometimes he actually does.)

If things are really bad, consider involving your parents. You don’t want to tattle, but you do want to feel comfortable with your family members. Sometimes at the shelter, I have to step in and help when two dogs get in a tussle. And in the mean time, you might want to just avoid him at school. You can’t change how he acts—only he can do that. But you can avoid giving him opportunities to treat you like a baby.

I hope that helps!

What do you guys think? How do you handle bullying older siblings?