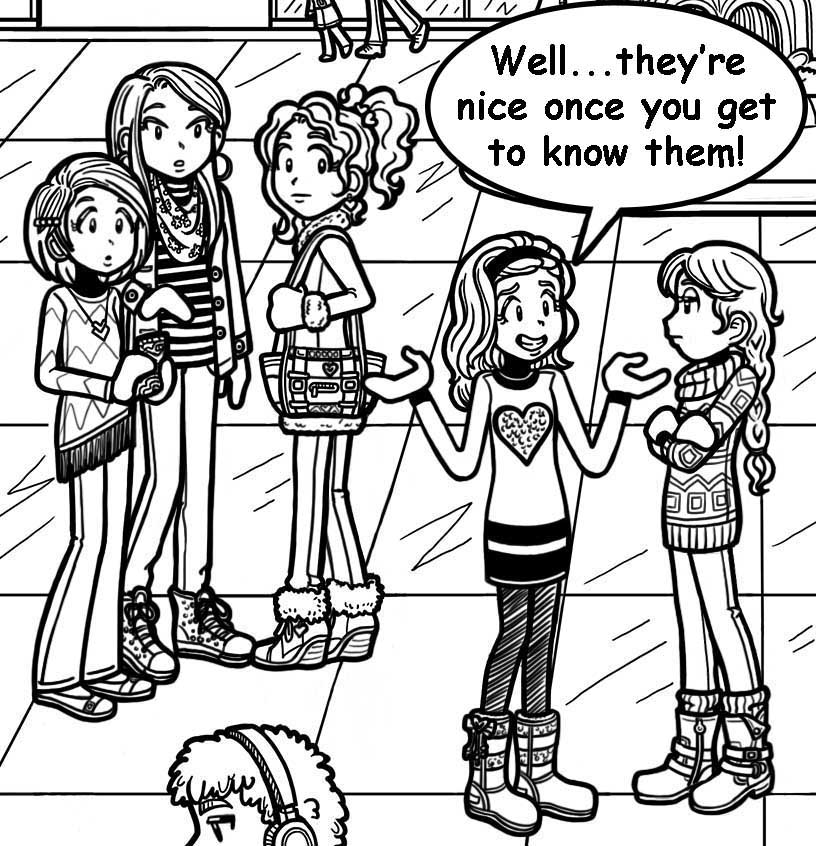 Hi Nikki! I need your help. I really like to hang out with this group of girls. My best friend says that she doesn’t like them because they’re mean to her.  However, they’re nice to her and I’ve never seen them be mean.  I don’t know what to believe!

Am I insulting my friend in any way by hanging out with them? How can I convince my friend that they are actually really nice?

Yikes, that sounds awful. (Can you imagine if you were actually torn in two? In the olden days, it was an actual punishment for the worst criminals. Ewww…but let’s focus on your actual problem!!)

I wonder if your BFF might be feeling a little insecure that she’s going to lose you. If she doesn’t get along with these girls but you want to hang out with them, she might worry she’s not going to get as much time with you as she’d like to have (obviously, since you’re so awesome). I’d probably be jealous if Chloe and Zoey started hanging out with the CCPs. If this is the case, then no, I don’t think it’s a betrayal for you to hang out with some new friends. It’s okay to have more than one group of friends.

BUT I also think it would be good to make sure your BFF knows she’s still your BFF, and that the second F in BFF stands for FOREVER. Plan a sleepover, send her some reassuring texts, bring her a favorite candy bar. Come right out and tell her how special she is to you and let her know that you might have some new friends, but she’ll always be your forever BF.

On the other hand, I wonder what your BFF means when she says they were “really mean to her.” That could mean a lot of things. It could be MacKenzie-level mean, where they stole from her or blackmailed her or stuffed her into a locker. If it’s that extreme…well, think about how you’d feel if you were your friend. If your BFF started hanging out with some girls who had been truly awful to you, how would you feel?

I’d sit down with your BFF, make sure she knows how much you can’t live without her, and then ask her to tell you more about what happened with these girls. If she just doesn’t get along with them, be sure she knows you’re not giving up on your friendship with her—you’re just expanding your world. But if something MacKenzie-level bad went down, give your BFF the loyalty you’d want from her.

What do you guys think? Is it a betrayal of your BFF to hang with girls she doesn’t like?