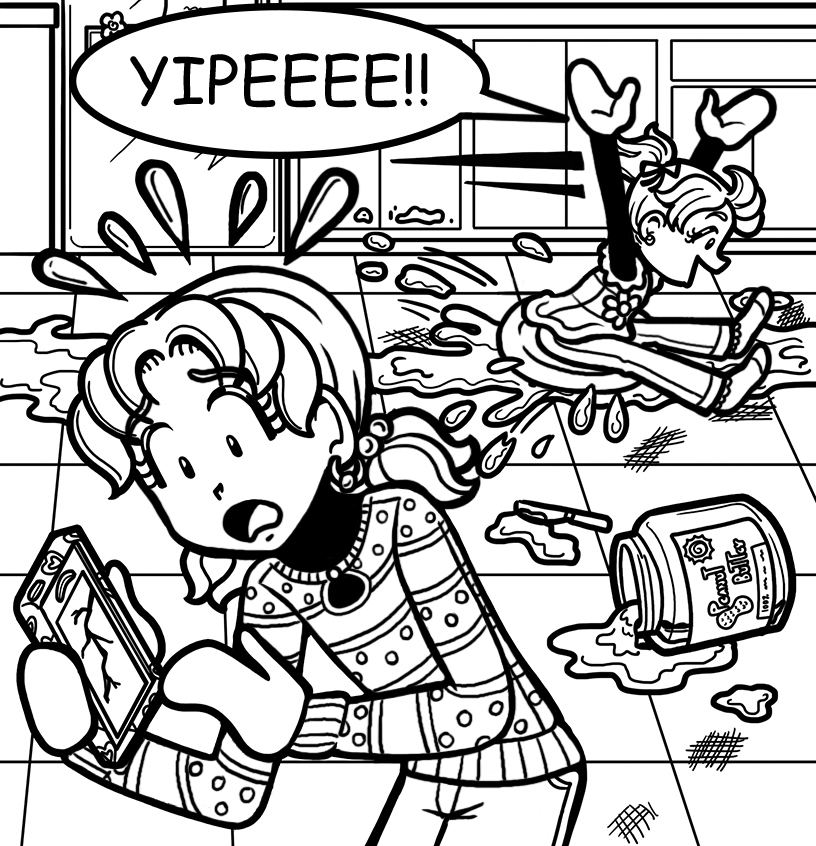 The worst thing in the whole history of the universe has happened!!   I might have said that before but this time I REALLY mean it!!!

You are NOT going to believe this…

Notice how I said ‘my phone broke’ and NOT ‘I broke my phone’?? That’s because it was TOTALLY not my fault!!

I’m not going into details about exactly what happened. It’s too traumatic. Let’s just say it involved Brianna, a jar of peanut butter, and a Frisbee.

When I say it broke, I mean SERIOUSLY. The screen is shattered into a zillion trillion pieces. And this is the worst part—my parents say if I want it fixed, I have to pay for it!! Is that not the most unfair thing you’ve EVER heard??? It’s MORE THAN $100!!!!

My wallet is totally empty. I know this because yesterday I went to get cupcakes with Chloe and Zoey and I couldn’t pay. Zoey had my back, though!!

So, I checked my SECRET STASH of funds, for emergencies like this one. I keep it in a shoebox under my bed, marked SCHOOL PAPERS to keep Brianna out. But…there’s only $14 there!!

Okay, now I just need to come up with a list of ways to get the roach-mobile super dirty EVERY DAY for a week and I’ll be set!!! Can you guess how Brianna broke my phone? Please finish my blog post with a funny paragraph!

“You would NEVER guess how Brianna broke my phone! When I walked into the kitchen, I saw…”