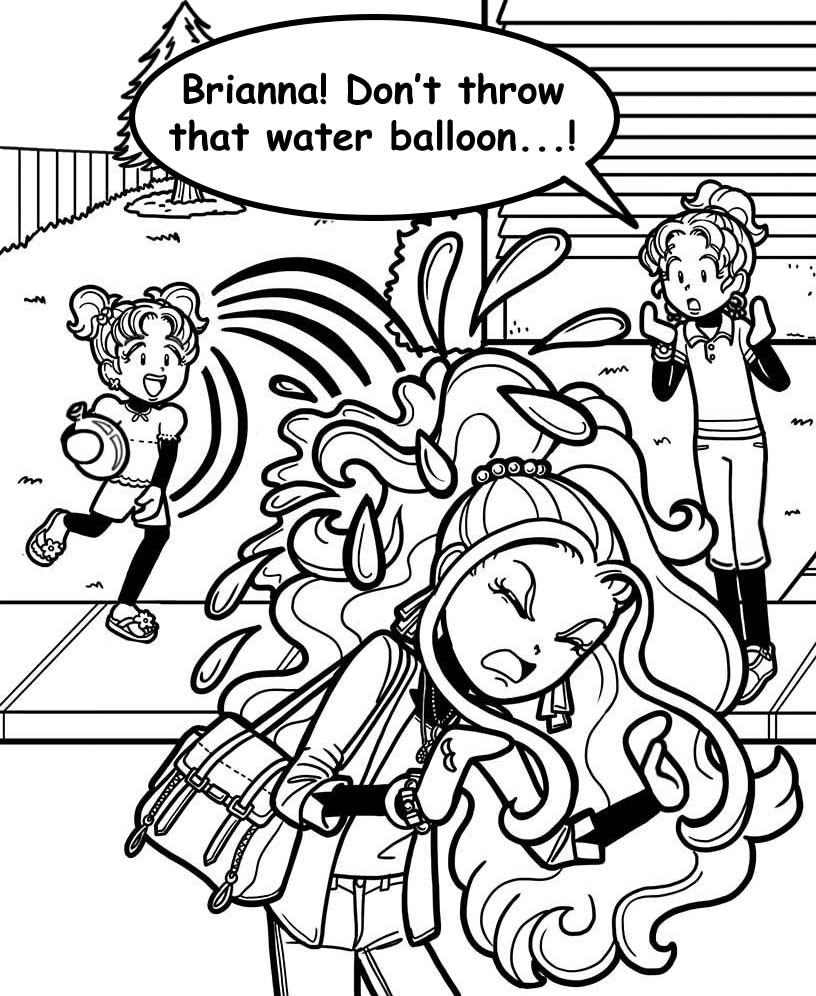 I can’t decide if I need to change my name and move away, or if I have the BEST little sister in the world!!

There was this big end-of-school year party in the park tonight. There were going to be bonfires, a DJ, and BRANDON was going to be there. So, of COURSE I wanted to go.

And, of COURSE my parents were all concerned because it wasn’t a school-sponsored thing and there might not be adults supervising, etc. The ONLY way they let me go was if they came and had a picnic with Brianna on the other side of the park at the same time.

THE OTHER SIDE OF THE PARK. That was the bargain. Do you THINK they kept up their end of it???

It started out okay. My parents dropped me off in the east parking lot, where I met Chloe and Zoey. They drove around to park in the west parking lot and I wasn’t SUPPOSED to see them again until they picked me up.

Chloe and Zoey had brought chips and soda, and I had brought marshmallows for roasting, so we went to drop our food off at the picnic tables first. Marcy was there, organizing everything.

Some people were building up the bonfire, and others were playing with Frisbees and soccer balls on the lawn. A few kids were at the play area on the equipment. Way on the other side of the play area, I could see my family. Just barely. It was perfect. There were a couple other families over there too, so my parents were not the only ones who’d been all overprotective. (Ugh, PARENTS.)

Ugh, I mean, it’s not like she goes to WCD any more! But I guess it wasn’t a WCD event. It was just an “end of school year party.” So, I guess that includes MacKenzie.

I was so busy dragging Chloe and Zoey away from MacKenzie that I guess I didn’t notice Brianna over by the guys with the water balloons.

That’s right – BRIANNA! She was totally hanging around a middle school party. I don’t know WHAT my parents were thinking!! Supposedly I’m the one they have to worry about, and yet they let their six-year-old run around and do whatever she wants?!

“What’s going on?” Chloe asked as I pulled them toward the swings. “Is Brandon over here?”

Right as I said that, MacKenzie turned around and looked right at me. She was all the way across the park. There’s NO WAY she could have heard me. But she probably has bionic hearing, like some sort of super villain.

And THEN, she started walking toward us. Not walking – STALKING! But she looked kind of goofy because she’d worn high-heeled sandals and they kept sinking into the grass.

“Why is she even coming over here?” Zoey asked. That was exactly what I was thinking!!

It was weird to see MacKenzie at a mostly-WCD party and NOT surrounded by Jessica and her minions.

MacKenzie walked right up to us and pointed a finger in my face. “You better not have any ideas about coming to North Hampton Hills for Student Exchange Week,” she huffed.

“If you come and open your big mouth about me,” she said, “I’ll make sure everyone there knows—”

But I don’t even know what she was going to threaten me with!! Because right then I heard Brianna shout, “Nikki, catch!”

We all turned toward her voice just in time to see a water balloon sailing through the air. And then it smacked into Mackenzie’s HEAD!!!!!!!

I got wet too, but not anywhere nearly as bad as MacKenzie. It was kind of brilliant. But the way MacKenzie was shrieking, you’d have thought the balloon had been filled with bugs!

I hustled Brianna back to our parents and we went home soon after that. Brandon wasn’t even there, and bringing my family had OBVIOUSLY been a bad idea.

It seems like MacKenzie is going to try to get even with me!! But at the same time, I’ll always have the memory of that water balloon exploding against her perfect hair.