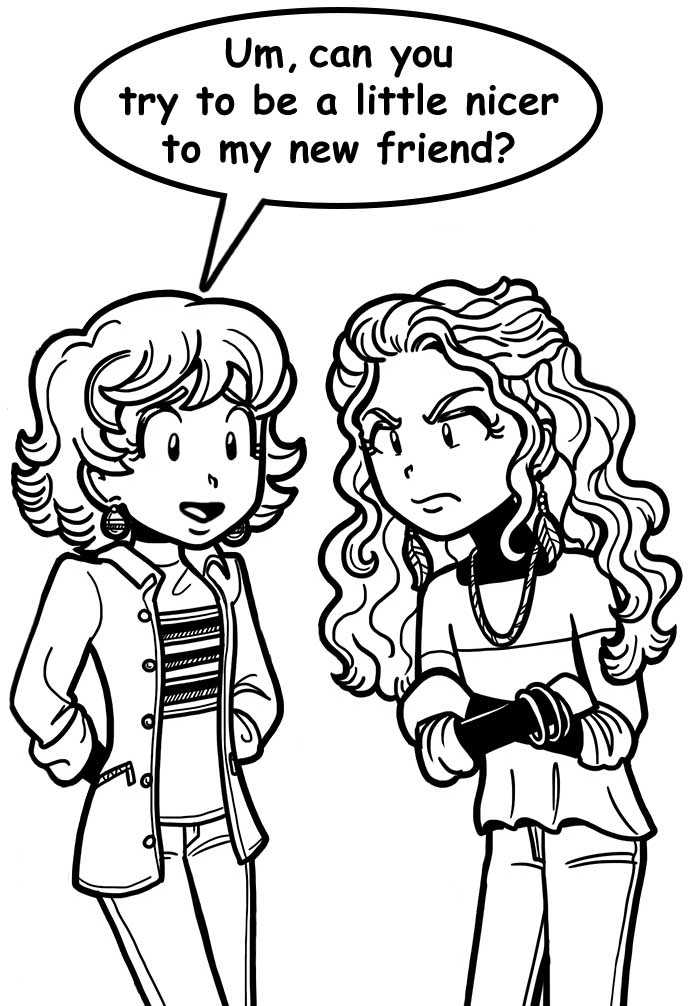 I feel miserable because my BFF is mean to people and wants me and my other friends to be mean, too. Whenever this happens, I say I need to go to the bathroom, and then I just stay in there until it’s all over. I want her to stop, but how do I tell her? I need help ASAP!

BFF Of A Bully

Oh wow, this is tough.

It sounds like your friend IS a bully! And it’s good that you’re not participating in the bullying. But if you know something bad is going to happen, and you don’t do anything about it, are you that much better than the bully?

It’s an honest question. I mean, probably a little. But you wouldn’t be hiding if you didn’t know that this is a bad thing that’s going to hurt someone.

Let’s think about it another way. If your friends were like, “Let’s burn down the school! Then we wouldn’t have to go!” Would you participate? Of course not. Now, wouldn’t you try to talk them out of it? I hope so. Wouldn’t you tell somebody who could stop them?

You definitely wouldn’t hide and act like you didn’t know anything about it. I know you wouldn’t. Because you were thoughtful enough to write in to me, asking for help. You care about what’s right and wrong. You don’t want people to get hurt.

But, people are getting hurt because of your friend. And it’s not that you have to be responsible for everyone else. Or, look at it this way—what if someone was doing mean things to you? Wouldn’t you want someone else who knew it was wrong to stand up for you?

The way I see it, you have three options when you know someone is going to do something mean.

But look, hiding in the bathroom shouldn’t even be one of your options. You know that, or you wouldn’t be asking for advice. So consider those three choices and decide what you’re most comfortable with.
Then you just have to be brave. I know that’s easier said than done. But, I believe you can do it! Just remember to let your inner dork shine through!

How does everyone else handle it when friends are planning something mean?