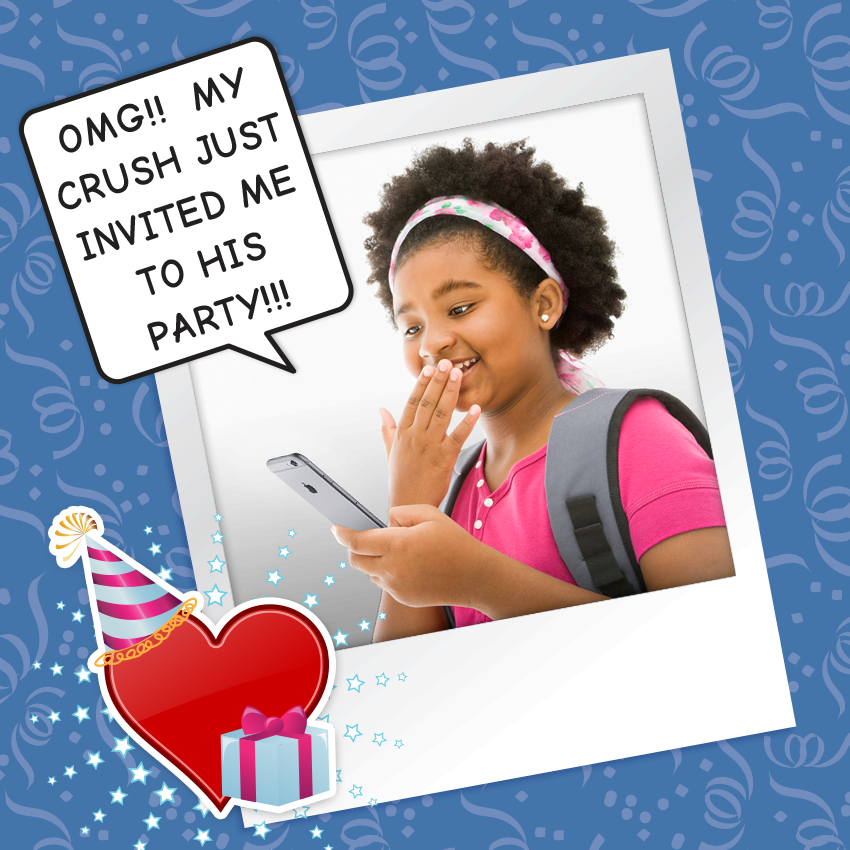 AAAAAHH!!! I’m freaking out—my huge crush invited me to his birthday party! I’m so nervous because I don’t know what he likes. What do guys like?! Do they like Marvel comics or DC comics? Do all guys like the colors red and blue? Do they all like sports? Do guys like videogames better or computer games? I should have paid more attention to what he likes and dislikes rather than his curly hair and dreamy eyes… Well, I could go on and on, but I don’t want to embarrass myself. What should I do?!

Okay. Before I answer, I have some questions for you:

It’s the same with guys. Some guys like Marvel better and some like DC better. Some aren’t into comics at all! (I’m not, really. But my friend Max Crumbly TOTALLY is!)

So yeah, it helps to pay attention to WHO your crush is and not just what he looks like. Because, what if he has super dreamy eyes but absolutely nothing in common with you?

Maybe that doesn’t help you now that the party’s coming up. I’m not sure if your stress over what he likes is about getting him the right gift, or if it’s about hanging out with him and making conversation. If it’s about a gift, you could ask his friend or his mom what he might like. Or you could just get him a gift card somewhere. Unless he’s a total jerk, he’s not going to care what you get him. It really IS the thought that counts. (And if he IS a total jerk…maybe stop crushing on him? Nobody’s eyes are THAT dreamy.)

As for hanging out with him and finding things to talk about…well, I guess now you’ll have the chance to get to know what he likes! Just remember: YOU don’t have to like something just because HE likes it. Whatever you do, don’t pretend to be into comics/sports/whatever, just because he is. He’ll be able to tell if your interest is fake. And, don’t hide the things you’re into because you think he won’t care. Find out what you have COMMON!

And then, the next time you see him, you’ll know what to talk about!

What would you guys talk about with your crushes? How do you get to know someone new?