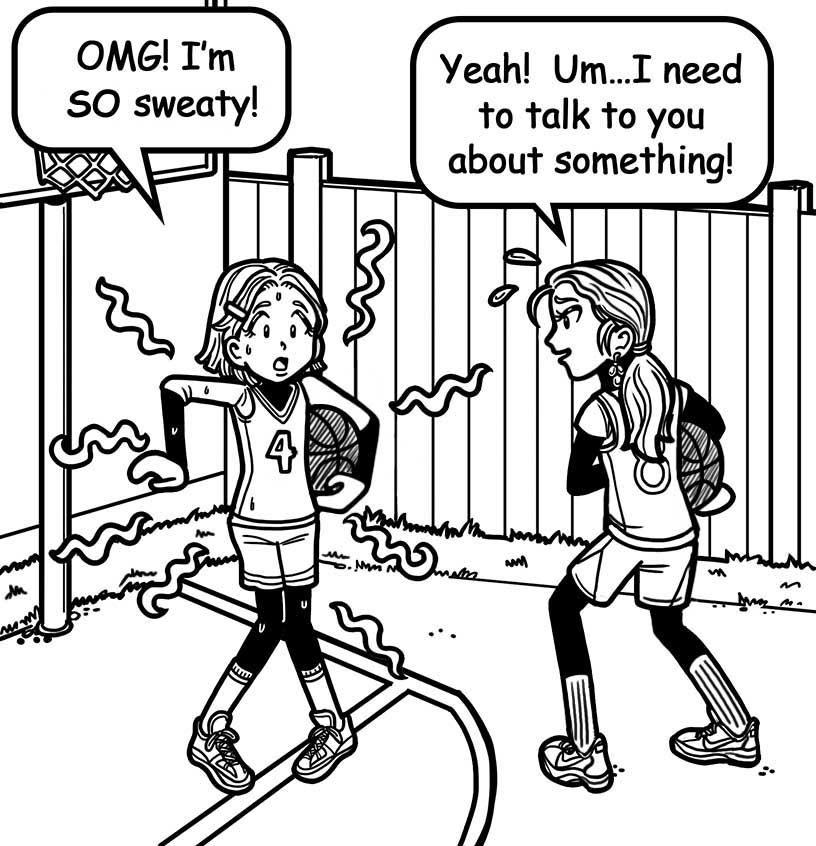 My best friend is sooo awesome! She understands me and we have a lot in common…but there’s one problem. She has body odor and I really don’t like being near her much because of that. I know it’s mean of me to say this, but the odor is REALLY bad. I don’t want to hurt her feelings by telling her. Please help me, Nikki!

From,
This Really Stinks!

I am SO glad you asked this, because I know it’s something other people can relate to and have wondered about.

It can be embarrassing to talk about, but here’s the deal: when we start going through puberty, our body chemistry changes. We start sweating more, and smelling differently, and not everyone realizes this, or knows how to prevent it.

Also, keep in mind that while it might be because of personal hygiene issues, like she needs to shower more often or wear deodorant, it could also be something she can’t control, like a side effect from a medication, or because of some kind of food her family eats. No matter what the cause, you don’t want to sound like you’re attacking her.

People can be really critical in middle school and I definitely don’t think you should criticize a friend’s fashion choices, how they do their hair, or anything like that. But in this situation, it’s actually getting in the way of your friendship. AND if you’ve noticed her body odor, then others probably have too. Even though it will be uncomfortable, she would probably rather hear it from you than from someone who won’t be concerned about her feelings when they make a mean remark.

You’ve mentioned that you don’t want to hurt her feelings. But the thing is, you may already be hurting her feelings if you’re avoiding being around her because of her body odor. And put yourself in her shoes—if it were you with the body odor problem, wouldn’t you want someone who cares about you to tell you?

You’re a really good friend to put yourself in an uncomfortable position to help her out. And it IS going to feel kind of awkward, no question. But here are a few things I think might help:

So, I want to ask the readers to answer this question in the comments:

If you were the one with the body odor problem, how would you want your BFF to tell you about it?