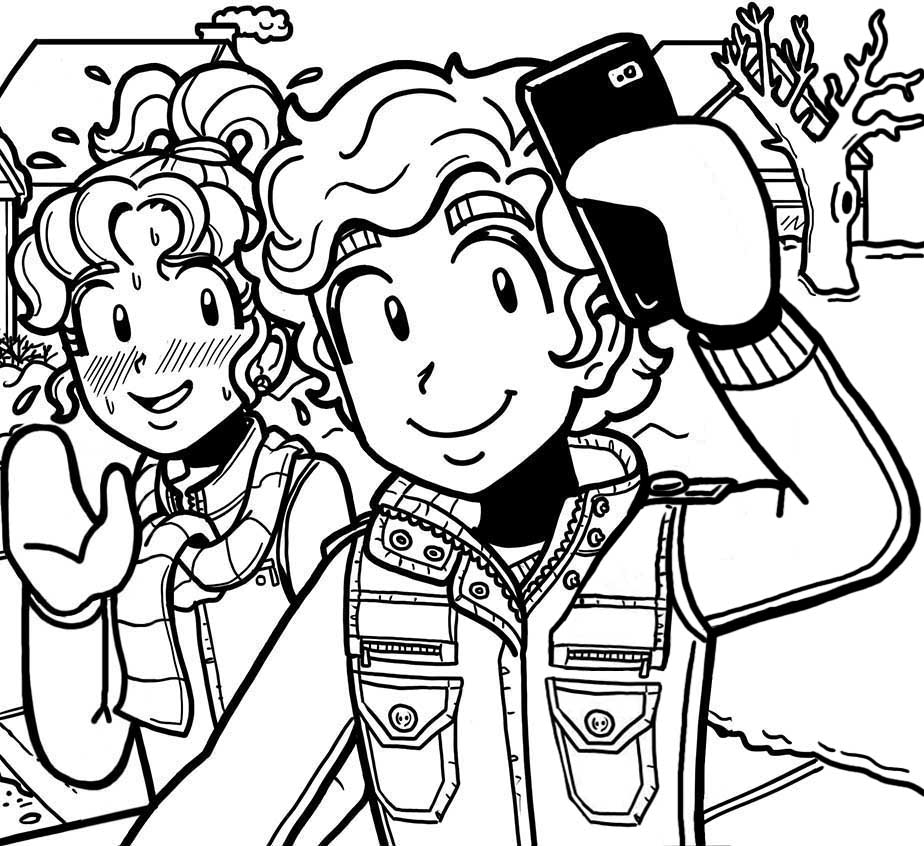 For Christmas, my mom got a gym membership and she’s been going almost every day to an exercise class or something. She comes back all sweaty, exhausted, and…happy? It’s weird. But kind of inspiring.

So, I decided to try it.

NOT my mom’s old people Zumba dance classes. But just…exercise.

I mean, I get some exercise during PE at school. But let’s be honest. Usually I’m trying not to be a sweaty mess for the rest of the school day. So I maaaaybe don’t put in my full effort. (Shhh…nobody tell the PE teacher!)

But, my mom keeps coming home from the gym with a goofy exercise high. So I decided to try running. I figured, how hard can it be? I’ve known how to run since I was like two years old!

So I put on sneakers and comfy clothes, cued up an upbeat playlist on my phone, popped in my ear buds, and headed outside.

I hadn’t really planned WHERE I’d run. I mean, that’s the beauty of running, right? You can basically go anywhere. No limits! I hadn’t even started and I felt this awesome freedom!!

I picked a direction and started running. It was GREAT! The wind blew through my hair! I felt powerful, like one of those kick-butt Olympic gymnasts running toward the vault. Maybe I would BECOME an Olympic athlete! Or, maybe one of those track runners, probably the ones who do marathons. (Or whatever the longest distance is.)

And then…I got a leg cramp. Also, my lungs stopped working. I was pretty sure I was going to pass out. I hunched over and rested my hands on my knees. As I caught my breath, I looked down the street.

I could still see my house. Like two blocks away.

I hadn’t even listened to one whole song!!!

How was this possible??? How did my ancient mother come home from the gym looking like she’d had a massage and a bubble bath? And how did those Olympians run for HOURS???

I would have jumped if there had been any strength left in my legs. There was Max Crumbly, walking his grandma’s dog.

I tried to answer, but I was so out of breath I couldn’t speak. I waved my hand in the air in a way that was supposed to say, “It’s fine! I’m totally cool! Nothing to see here! And would you mind not mentioning this to your best friend, Brandon?”

“Maybe you should sit down?”

I decided sitting would be better than falling. So I sat on the curb and Max sat next to me.

“New Year’s resolution, huh?” he said. “Jogging? I tried that once. Totally bombed. But you probably just need some more practice.”
I still couldn’t talk.

Max seems like a really nice guy. I considered telling him I’d only run two blocks. He’d probably be sympathetic. I held up two fingers.

He held up a hand. I couldn’t help myself. I high-fived him.

And THEN! Before I knew what he was doing, he’d whipped out a phone, leaned in, and snapped a picture of the two of us.

“Just sending a text to Brandon! Showing him you’re a runner! He likes running. Maybe you guys can run together sometime! Okay, well I’ve got to be getting back to my grandma’s. Are you going to make it home okay, Nikki?”

I nodded, in shock. Somewhere, Brandon was opening up a text message to see a totally sweaty, red-faced me, slumped over his friend Max.

New Year’s resolutions are the WORST.

Just then, my phone dinged with a text alert. I looked down.

Hey Nikki! I didn’t know you were a runner! Want to hit the View Ridge Loop sometime? It’s only three miles, but there are some great hills. Let me know!

I mean, for half a second I considered getting back up and continuing to run. Training as hard as I could so I’d be up to running three miles with Brandon. Someday.

But who was I kidding??? I texted back:

OMG Brandon, that would have been SO fun!!! But my trick knee’s been acting up and the doc said I’d have to stop running if that happened again. I’m happy to give you some coaching tips, though! 🙂