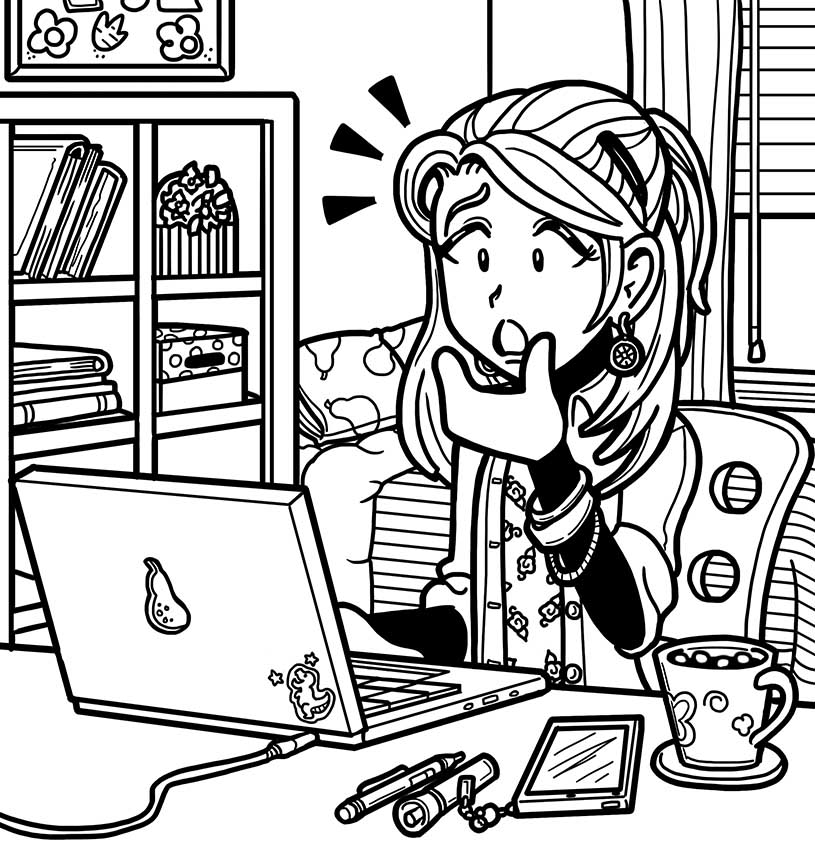 I got an e-mail from a person with no name.  The e-mail said I was ugly and had a serious case of cooties! This upset me, so I replied to it and asked who the person was. She told me it was someone I already knew…

The next day at school, I saw my “BFF,” and she was just glaring at me! Could she have sent that awful message?  Please help!! 🙁

So first of all, you’re right.  A mean, anonymous message like that is just AWFUL. Someone who isn’t even willing to admit who they are when they’re bullying you is the worst kind of coward. Not that you’d feel any better if this person said these things to your face. But the fact that they had to hide behind a “no name” email tells me a LOT about them. And they’re the one who’s ugly, because they’re acting that way.

I totally get why you’d be upset about those comments. But, I want you to take a breath before you get too freaked out about your BFF. “Someone you already know” could mean anything. It could be someone in your classroom, school bus, or on your sports team.

It could totally be a coincidence that your BFF glared at you the next day. Maybe she was having a bad day. Maybe SHE got mean cyberbullying comments the night before. Don’t make any assumptions until you’ve figured everything out.

So, yeah. By that I mean TALK TO HER!!! You know what’s super annoying in romantic comedies? How MOST of the time the problem could be solved if the couple just had a CONVERSATION. So don’t turn this into an annoying movie. 🙂

When you talk to her, DON’T accuse your BFF of sending you the message. Because if she didn’t, you’ll probably hurt her feelings and then you guys will have problems you could have avoided. So, talk to her about how you got this mean message and how bad it made you feel. Pay attention to how she reacts. I’m assuming she’ll react with sympathy. Ask her what she thinks “someone you already know” could mean or who could have sent it. If she’s the one who sent it, I’m guessing you’ll figure that out with time.

So, if she IS the one who sent it? Ugh. Then she’s definitely not the BFF you thought she was, and you deserve WAY better. There are whole other columns here about what to do when your BFF isn’t treating you well, but here’s the short version: This is HER deal, not yours. You didn’t do anything wrong. Remember you’re awesome, and try to focus your energy on friends who treat you like friends should.

BUT, I don’t think you need to worry about that yet. I think chances are really good the message did NOT come from your BFF. So hopefully when you tell her, she’ll be a good source of support.

And if you keep getting anonymous messages like this, you should tell a parent or a teacher. This is cyber-bullying and it’s SERIOUS. Whoever’s doing it is a small, cowardly person who tears other people down to make themselves feel bigger and stronger. The way to beat them is by not letting them get to you.

But, if they do get to you? That’s normal. So make sure you have support.

Hopefully your BFF will be part of that support.

Have you ever gotten a mean, anonymous message? How did you handle it?