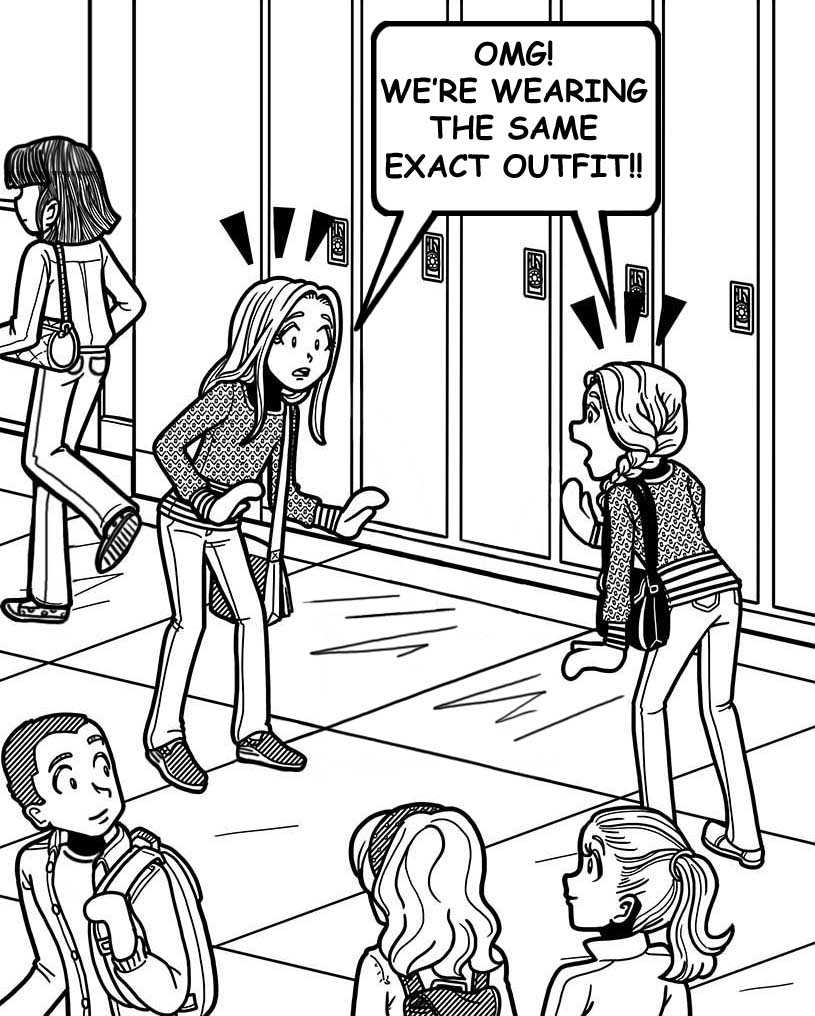 Hey Nikki! I have a big problem. My friend and I are very similar—we both like the color blue, we both like the same foods, and have the same hobbies. I know you might be thinking that’s a good thing, but lately my friend has been first with things we want to do and now it seems like I’m copying her! I want to do the things I like, but not anymore because she’s getting mad at me for copying. What should I do?

Can I call you CC? 🙂 It doesn’t feel right to call you a copycat OR a clone, because you’re just doing you! And there’s nothing wrong with that! YOU just happen to have a lot in common with your BFF…which makes total sense!!

But, this is a tricky situation. I can see why it might be awkward if it’s like you’re always copying, even if you’re not. You don’t want to be a copycat. But you also don’t want to stop following your heart just because of how it might look. That’s no good!

Here’s a question I have: why is your friend first at everything? I mean, even before you started to feel awkward about copying? I’m TOTALLY not saying you are copying her. But here’s what I’m thinking: Maybe she’s always been a little more confident in saying what she likes and doing what she wants. Maybe you hold back a little? And then she looks like she’s the one who’s doing everything first.

And that’s a crazy cycle, because the more you’re afraid of looking like a copycat, the more you hold back, and the more she gets to everything first.

So, I think part of the solution here is for you to be MORE confident about what you like and want to do! Now, it’s easier said than done. It probably helps if you understand WHY you hold back. Are you worried what people will think? Are you worried what you like is weird or wrong in some way? If so, try to remember that DORKS RULE!!! And if you like something, that’s all you need to know! It doesn’t matter what anyone else thinks about it. AND it sounds like you have pretty good instincts for stuff, since it usually turns out that your BFF likes the same things.

So the next time you think you want to try wearing your hair a new way, or you want to try out for the soccer team, or you discover this rock band that’s SO cool, DON’T WAIT to do that thing or tell people you’re into something. Trust yourself and go for it! And chances are, your BFF will soon say, “Wow, you know, I really love that band, too!!” (Or not! You guys don’t have to be in sync on everything!!)

But, here’s the other thing. This is your BFF, right? I mean…have you talked to her about this? It might feel weird and awkward, but she’s your BFF! You can talk to her about anything! 🙂

So maybe just bring it up, and be like, “It’s so cool how much we have in common! Sometimes I worry you think I’m copying you, but honestly we’re just THAT in sync. I’m just not always as outspoken as you are, so you say stuff or do stuff first. You know I’m not copying you, right?”

As long as you and your friend get things straightened out, you should be all set! It doesn’t matter what anyone else thinks. And if anyone comments on it, you can just say something like, “I know! It’s SO cool to have a BFF who’s so close she’s like my twin!!!”

I hope that helps.