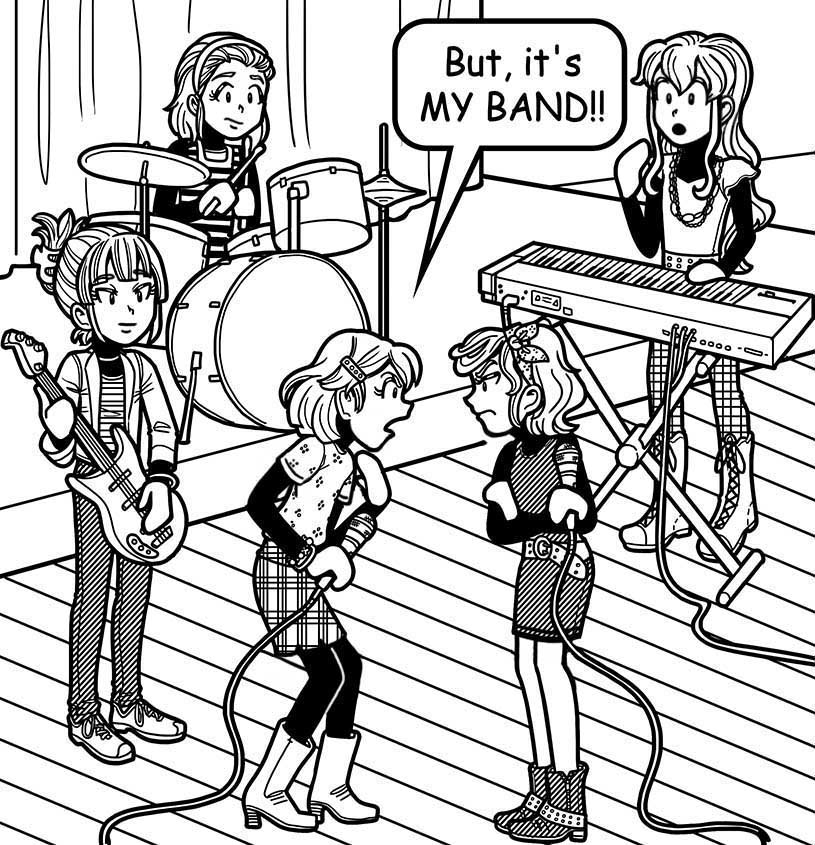 Dear Nikki,
I started a band, just like you did in your third Dork Diaries book called, “Tales From A Not-So-Talented Pop Star.” But, my friend just changed the name of the band and suddenly made it HERS! I decided to drop out of it, start another one, and make it MY band, without telling her. But, I’m not sure what I should really do. Please help! ☹

OMG, I DEFINITELY understand band drama!! There’s something about artistic temperaments and the pressure to make the best possible band that can bring out the worst in people.

The thing is…it can also bring out the BEST in people! But sometimes you have to wade through the worst part first.

Here’s my main question: Is she a good friend? Like, is this band worth losing her friendship over?

Because I wonder if she maybe got carried away and regrets it. Or maybe she doesn’t even realize that she took over. Maybe she thought she was being helpful.

If you drop out and make a new band without telling her, that’s going to be a big issue in your friendship. Because, obviously she’s going to notice you’re not in the original band anymore. And she’s going to find out about your new band. So you need to be sure that starting your own band is the statement you want to make.

And really, it’s most fun to make music with your friends. If there’s a way to fix this situation, I totally think you should. Maybe you and your friend need to sit down and talk this out. Maybe away from any other members of the band, so people don’t start taking sides. That could just make it all more complicated.

Tell her you feel like she took over what you started. But also, remember that a band is multiple people. It’s not a solo act. Is it possible you were being a little bit bossy and maybe holding on too tightly to all the control? Is there any way for you guys to clear the air, and then move forward together?

Maybe, if you’re able to move forward, you could set up some clear guidelines on how decisions will be made. Maybe they’ll always be voted on. Or maybe you’ll take turns making big decisions. If you’re going to insist on always having the final say on all decisions, your friends probably aren’t going to want to stick around. Because then, it’ll be a solo act.

And, maybe that IS what you want—a solo act. Or maybe that’s what she wants. But if so, you shouldn’t blame each other for trying to collaborate. (I’m not saying that’s what she did. Maybe she truly took over and stole your band. Just think about whether you really believe she meant to steal it or if she just got carried away.)

So, I say talk it out. After you do that, if you really want to, you can still walk away and start your own band. But maybe you’ll figure out a way to stick it out together. And then you can make beautiful music together! Or, you know, hardcore metal! Or Broadway show tunes! Whatever your thing is. 🙂

How do you guys handle it when a friend takes over something you started?