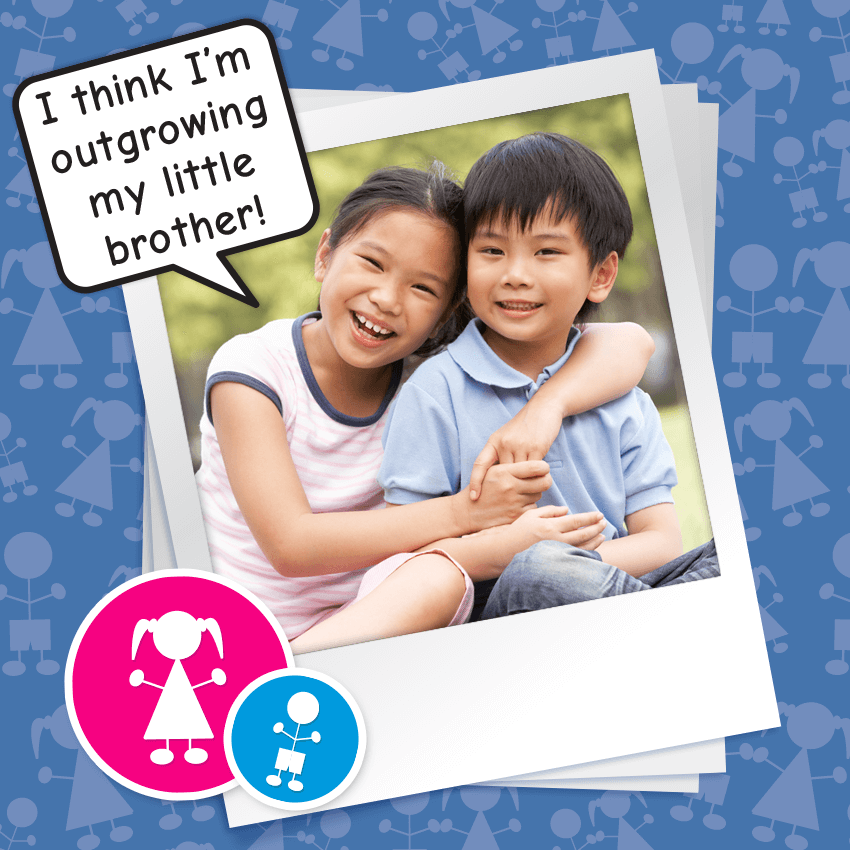 Hey Brandon,
My little bro and I have been best friends since like forever. But now that I’m getting older, I kinda get bored with his games and stuff. I’m 3 years older and plus I’m a girl. I’ve noticed that I’ve been getting annoyed easier by him lately. I really don’t like it and neither does he. What do I do? I feel mean not playing with him! I really need help on this one.

Oh man, this sounds super hard. Your brother is your brother and he’s always going to be a big part of your life. But it sounds like some things are changing, and change is hard.

On the one hand, yeah, you’re maybe moving into a different stage of what interests you and what’s fun for you. When you guys were 6 and 9, you probably had more in common. If you’re 10 and 13, your differences are probably getting clearer. And yeah, boy-girl differences can also add to it.

Getting older also explains why you’re getting annoyed more easily. Because you’re probably going through puberty. (Even if it seems early for that, the hormone changes start a couple YEARS before there are obvious changes in the body.) So the hormone changes affect your temper and can make you irritable. It’s not a free pass to be a jerk, but it’s an explanation. You’re not a horrible person who suddenly doesn’t love your brother or something just because you’re more irritable. This might seem really basic, but when you realize you’ve been short-tempered with him, apologize. It doesn’t mean you immediately have to do whatever he says. But you can just say, “Dude, I’m sorry I was a jerk earlier.” That simple.

I think it’s really sweet that you realize there’s a problem. That you even see it as a problem shows how much you love him. You’re not moving on and forgetting him. You just have to make your relationship work for you as you both change and grow.

It sounds like whatever you guys used to do isn’t working for you anymore. That’s fine. We grow up, and what was once fun stops being so fun. That doesn’t mean those games will NEVER be fun ever again, though. And sometimes you can play things just to be nice. If he likes to play superheroes or whatever, and you now find that boring, you could compromise by occasionally playing superheroes (because it won’t KILL you) but also work on finding new things you might like to do together.

What about active things, like riding bikes, rollerskating, geocaching, throwing around a ball or frisbee? What about making something together, like a tree house or a fort? What about building stuff with Legos? What about introducing him to some of your favorite shows or movies he’s been too little for but is old enough for now?

But also, you’re not being mean when you want time alone, or time with your friends your own age. It’s normal. And I think as long as you do make some time to do fun things you both enjoy together, you can ALSO take the time you need for other stuff. And as you recharge with the stuff YOU want to do, you’ll probably have more patience for the stuff HE wants to do.

It sounds like you’re a really good big sister and he’s lucky to have you. You guys might be going through a rough patch, but I’m SURE you are going to be really good friends for the rest of your lives!

What do the rest of you do when your little sibling is annoying you? What sort of activities do you like to do with a younger sibling?