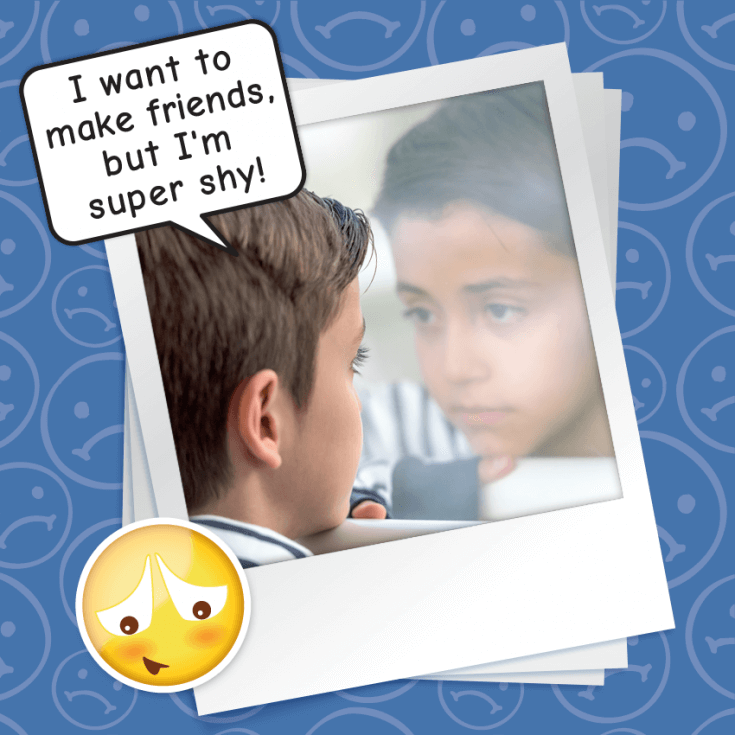 So, uh…I want to make friends.  But the thing is that I’m shy and it’s getting in the way.  Any advice on how to be outgoing?

Let me start by saying that it took a lot of courage for you to write me about this.  It’s half the battle to admit to a total stranger that you’re shy and want to be more outgoing.  Good job.

Now that we’ve broken the ice some and are no longer strangers, let me confess that I’ve been there before.  I was shy when I first came to WCD because I felt like the only kid who wasn’t from a wealthy family and didn’t know anybody.  It was the worst.

But, in the end, I took a chance and actually got to know people who were a lot like me.  To this day, I’ve never regretted taking that chance.

The thing is, you need to take that same chance without letting shyness get in the way.  With every new person you meet, there’s a chance—a chance that they may or may not like you, a chance that you will or won’t hit it off—and that’s why it sometimes feels easier just to remain shy. Because then you won’t have to face any rejection if it doesn’t work out, right?

Well, actually, you still are.  It’s called self-rejection.  Dude, you’re actually letting yourself believe you’re not good enough for somebody out there somewhere to eventually like you and become your friend.  I think that’s the real reason why the cat’s got your tongue.

Shy Guy, you’re a GREAT guy.  It’s time to believe in yourself, man up, and speak up.  (And, if there are any shy girls reading this, you can try what I’m about to suggest, too.)

Here’s a foolproof, tried and true way to kiss “shy” goodbye and make the friends that you deserve:

I hope this advice helps.  I know you’re an awesome person and that there’s somebody out there just waiting to meet you.  So, don’t let being shy stop you.

Hey readers, what advice do you have for overcoming shyness?