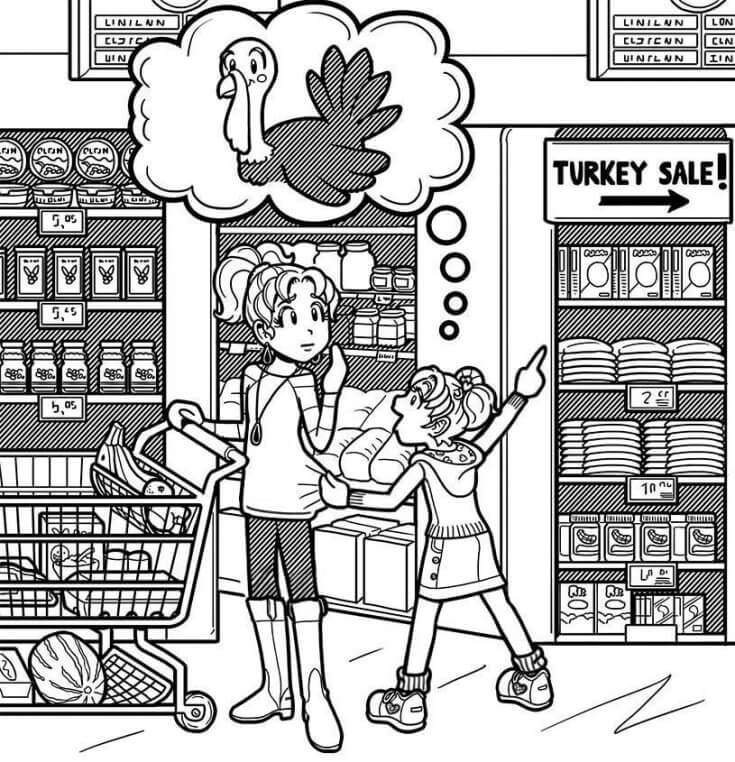 So, Brianna went to a pumpkin patch with her class and she had the time of her life. You know the drill—petting zoo, hay rides, everybody gets muddy and picks out a tiny pumpkin.

Usually when she has a long and exciting field trip like this, she falls asleep the minute she’s home, so everybody wins! (Except the parent chaperones. Thankfully there’s no such thing as sibling chaperones!)

But THIS time, it was different. Brianna got home and could NOT STOP TALKING. About pumpkins? Nope. About baby bunnies? Nope.

Okay, so this particular petting zoo had turkeys. I don’t really think of turkeys as especially pettable, but whatever. There was a turkey and Brianna petted it and she would NOT SHUT UP.

Suddenly she was waddling around the house, pretending to BE a turkey. She insisted on pecking at her food off a plate on the floor. (Which was okay for our dog, Daisy!) She started carrying around this stuffed duck she has and INSISTING it was a turkey. She named it Gobblina. (Like…gobble gobble, I guess?)

And THEN she started writing her Christmas list. Um, it’s a little early, Brianna! And number one on the list? PET TURKEY. She didn’t want to pet a turkey again. She wanted a PET TURKEY! Like, to be a part of the family!

But look, when Brianna has an obsession, it ALWAYS gets weirdly out of hand! I don’t know why my parents are surprised EVERY TIME!

We were driving home from visiting Grandma Maxwell when Brianna shrieked, “TURKEY SALE!!!”

She had seen the sign outside the grocery store. The one with the giant turkey on it, that said, “TURKEY SALE.”

So my parents look at each other and said, “Well, we do need to get one anyway.”

And they pulled into the lot! I mean seriously…at the GROCERY STORE, not a farm or petting zoo! HELLOOO?!!

Brianna marched into the store, leading the way. She went right up to the first store employee she saw and said, “Where are the turkeys? The ones on sale?”

So this grocery store guy smiled at Brianna and said, “Straight to the back of the store! Can’t miss ‘em!”

Brianna nodded. “Because of all the gobbling!” she said.

I think THAT’S when my parents started to get nervous. (Took them long enough! Jeez, catch up, guys!)

But Brianna was already racing to the back of the store.

When we got there, a store employee was kindly pointing her to the turkeys. The FROZEN, DEAD turkeys. I mean, obviously, but this was a shock to Brianna.

“YOU KILLED THE TURKEYS?!” she shrieked.

“Brianna, honey…” My dad raced over and tried to calm her down.

The employee was totally freaked out. Like she actually HAD killed and plucked the turkeys personally and Brianna was about to make her pay.

“We’re really sorry,” my mom said as they dragged Brianna out of the store.

Now Brianna’s sobbing in her room, and the last thing I heard my mom say to her was, “Of COURSE we’d never eat a turkey! I have NO idea what those turkeys were doing in the grocery store!”

So I guess this year’s Thanksgiving is going to be a whole lot of mashed potatoes and cranberries!

What are your Thanksgiving plans this year?  Tell us all about them in the comments!