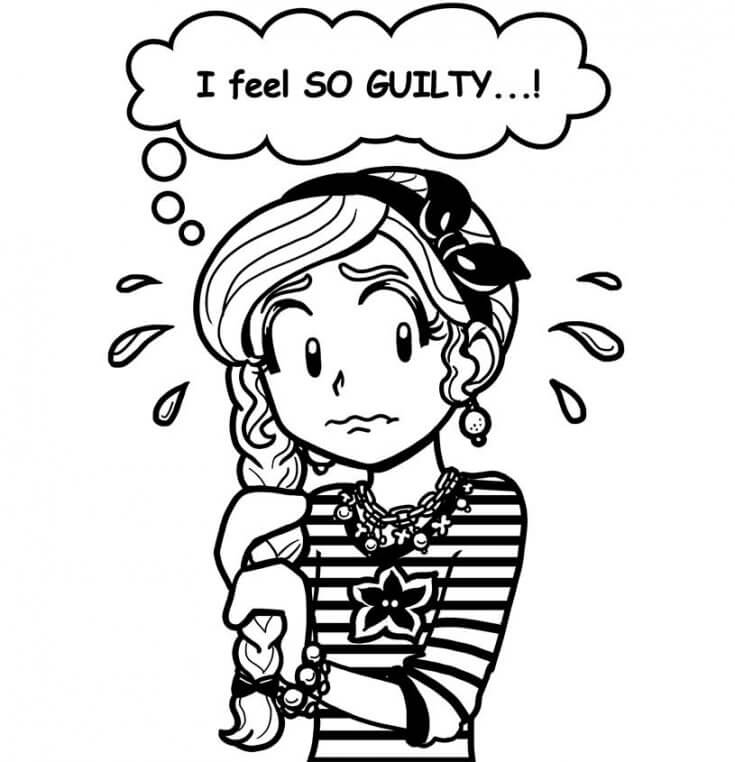 Hi Nikki! Recently, I did something I TOTALLY REGRET, and now I feel SO guilty! My parents tell me to just focus on the things I can change instead of what I can’t. But, I still feel SO awful. Please help!

Oh wow. This sounds like a terrible situation because you’re dealing with a major amount of guilt! And guilt can really eat you up inside. It can mess with your eating and sleeping.  It can also distract you from your schoolwork and friendships. The thing is, this guilt will only keep bothering you until you figure out how to get rid of it!

It’s a little tricky, since I have no idea what happened. But if whatever you did is a secret, then I’m afraid that’s a one-way ticket to feeling even more guilt.☹ You need to tell someone. Get it off your chest. Even if it means you’re going to get in trouble. Nothing could be worse than this massive amount of guilt you’re dealing with!

If whatever you did caused harm to another person, then it’s super important to take responsibility. Apologize, and try to make up for it. Hopefully the person will accept your apology. But if not, at least you’ll have tried, which will alleviate some of the guilt.

If the guilt is still eating you up, even after you’ve confessed and/or apologized, you need to talk to someone about it. Maybe an older sibling or trusted adult. Someone who’s not going to make you feel worse, or judge you for whatever it is, but who will help you try to move forward.

Hey, you’re not doing anyone any good by staying stuck in this horrible guilt. It doesn’t change what happened. But it is making you MISERABLE and that’s NOT OKAY!

I also think it’ll help if you distract yourself by staying busy. If you don’t have much going on, then you spend all your time sitting around and feeling guilty. So I suggest you get busy – start some big projects, whether you’re building stuff, fixing something, playing anything or helping someone. It doesn’t really matter. Just get busy, to keep your mind off things that stress you out!

I hope this helps and that you figure out a way to let go of the guilt. No matter what you did, you don’t deserve it. I promise!

Have you ever done something you felt super guilty about later? Did it help to confess or apologize? How did you get rid of the guilt? Tell us in the comments!