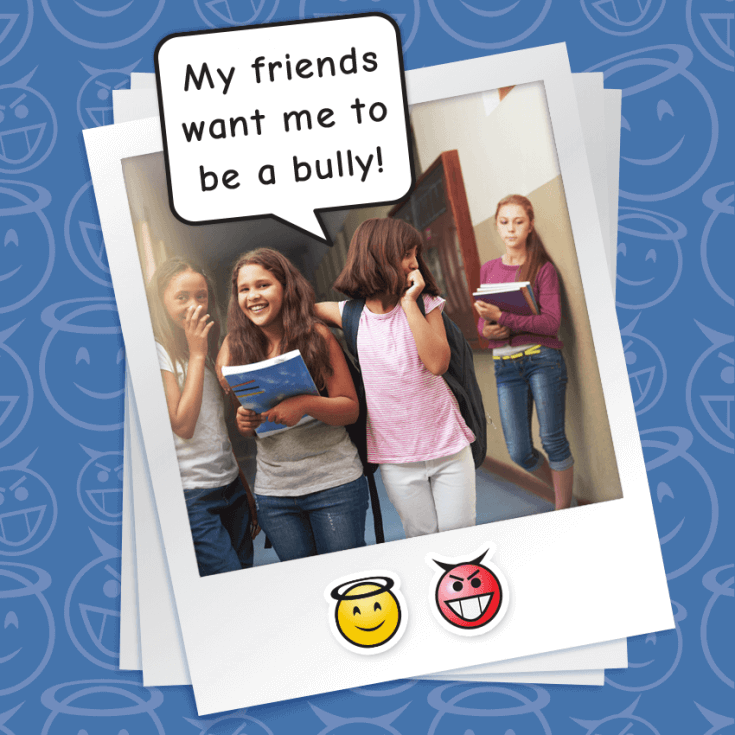 I consider myself a friendly CCP girl. But, my friends are mean and they want me to be mean, too! They all hate this one girl (like Mackenzie hates Nikki), but I think she’s cool and super funny. There’s also a guy I have a huge crush on who’s been giving me a hard time because I’m nice to her. What should I do?  Should I give in and be mean to her, or ignore my CCP friends and be nice to whomever I want? PLEASE HELP!!

Okay, I think you already know the answer, or you wouldn’t be questioning what your friends want you to do.  Of COURSE you should be nice to her. Honestly, you should be nice to her no matter what, because…she’s a good person like you. She’s nice, right?  Plus, she’s super funny. Like…why would you be mean to her? Just because your friends tell you to? That would make you a total sheep—just weakly following the crowd for no reason of your own.

CCP stands for “cute, cool, popular”, right? None of those words mean that you have to be MEAN. It’s not cool to be mean. Being mean shouldn’t make you popular. In fact, if you’re popular, you can afford to be nice to anyone. You have more power than less popular kids, and you should use it for good.

If the guy you like is bugging you for being friendly to a nice girl (or anyone, really), I think you might want to reexamine why you like him. He kinda sounds like a jerk, to be honest. What about looking for a nice guy to like?  You know, the kind of guy who’ll like you for being nice to people?

And same thing goes for your friends. I don’t know what their problem is, why they want you to be mean to that girl. It’s bad enough that they’re mean to her. Why are they spreading meanness? I mean…I think a really cool thing to do would be to push back and ask them WHY they’re being so mean to her. But if you don’t like confrontation, I’d just shrug them off, and keep being a nice person. If they would drop you for not being mean to someone…then I think it’s time for some new friends, too.

Hey readers, do you have the power of popularity? Do you use it for good or evil?