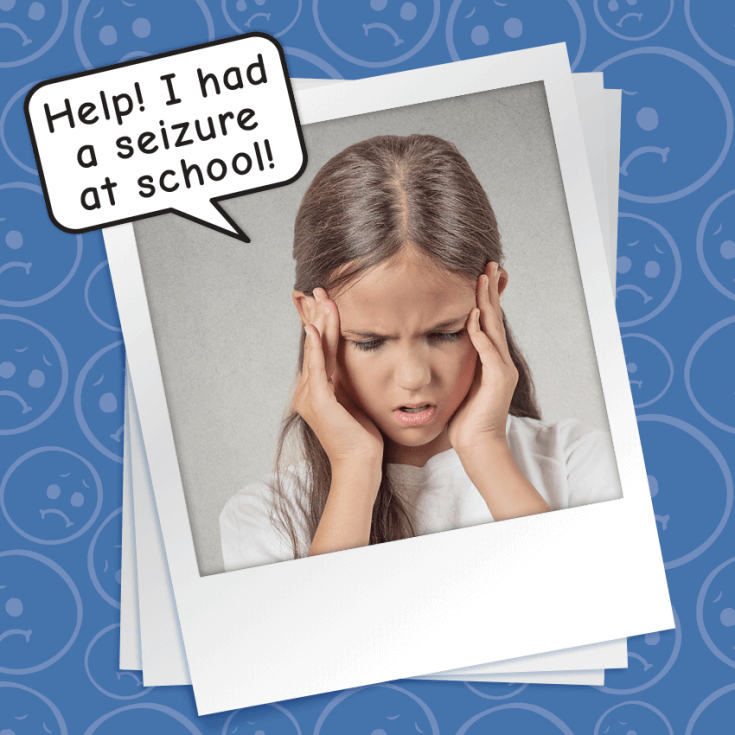 Hi Brandon,
I have epilepsy, and sometimes I get seizures during class. Everyone stares at me and it makes me feel really weird. I don’t think a guy will ever ask me to the dance because of it. All my friends have someone to go with. What do I do? Please respond – it took a lot of courage to write this!

Thanks for writing in. You’re right, it takes a lot of courage to put your problems out there and open yourself up to a stranger’s advice. (Plus all the advice in the comments, too, which is usually super helpful but can also be a little overwhelming, I’m sure!)

So, epilepsy. I kind of knew what it was already, but I still did some research since I wanted to give the best advice I could. Epilepsy is a neurological condition, meaning it is something that happens in the brain, and it causes seizures.

During a seizure, a person’s muscles may go completely limp OR completely stiff. It includes jerking around in involuntary movements that involve the whole body, or it may be a much smaller twitch. Sometimes during an epileptic seizure, the person goes kind of blank and stares in one direction, without responding to anything around them. There are a variety of different seizures, but no matter what kind you have, they’re going to make you feel unusual.

So, one of the first things that came to mind when I read your letter was a book called FORGET ME NOT by Ellie Terry. It just came out a couple years ago, so it should be easy to find at the library or a bookstore. It’s about a girl with Tourette Syndrome, which is totally different from epilepsy, but it does involve making movements and noises you can’t control.

In the book, the main character is at a new school and trying to figure out how to fit in and make friends, even though she’s got this thing that makes her different that she completely can’t control. Now, I don’t want to tell you how the story ends (spoiler alert, right? 🙂 ), but I really suggest you read it.

The thing is, epilepsy doesn’t define who you are. But it IS a part of you. I’m sure your family understands that and accepts the epilepsy as a normal part of your life. Friends and even guys can and will do the same. Anyone who thinks a medical condition is a reason not to be your friend—or to ask you to the dance—doesn’t sound like a very good friend anyway.

It’s totally up to you how much you want to talk about it, and I don’t know how comfortable you are. But it seems like it might help if you were really up front about it with your friends. Tell them it’s a part of you that’s a lot like wearing glasses or having a peanut allergy. It just IS and it’s no big deal, but sometimes a seizure might happen, and when it does, here’s what to expect, and here’s what they should or shouldn’t do to help, etc. Make it very matter-of-fact. Because it IS a fact of your life. And then, instead of assuming people think you’re weird, you’re helping them to understand what’s going on. They’ll feel trusted and you’ll feel supported. Everybody wins!

As for the dance, this is what I would tell anyone who is concerned because they don’t have someone to go with: Go anyway! Go with friends! Or ask someone yourself! Or do something fun outside of the dance with other friends who aren’t going. I’m SURE you’re not the only one. Make your own fun! You don’t have to sit around waiting for a boy to ask you.

(Seriously, don’t wait around for boys. Not because no one will ever be interested – I’m sure they will – but just because you do you on your own time. The boys will catch up, but you’ll have a lot more fun if you’re not just waiting around.)

I hope that helps!

Do you have something that makes you feel weird from your friends and classmates? How do you deal with it? Tell us in the comments!