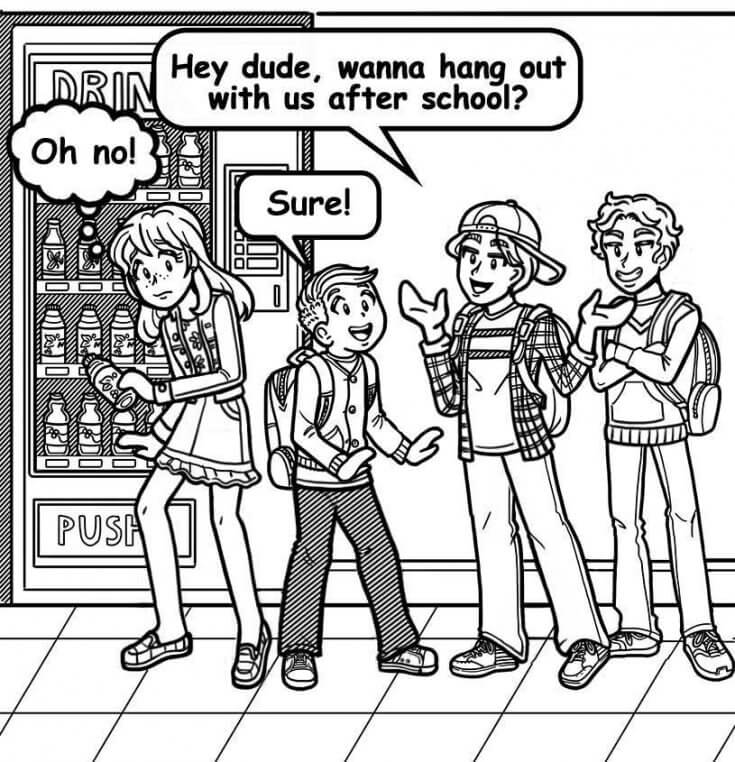 Hey Nikki! I’m really worried about my little brother. He’s not even ten yet and hangs out with these really annoying boys, and now he’s starting to act like them. They curse and think it’s funny to talk about stuff that my bro should find terrible. However, whenever I try to confront him, he just rolls his eyes, mimics me and says he doesn’t need his big sister looking after him 24/7. What should I do?

Okay, this is tough because you want to be a good big sister! I SO know how that feels. And it is sort of part of the big sister code to look out for your little sibs, no matter how annoying they are. But at the same time, you’re not his mom or dad. So, you’re not responsible for his behavior.

Still, he is pretty little. And you’re probably seeing behavior that your parents don’t. Which makes it a little different than if you were telling him to eat his veggies or something. So, this is super tricky!

You can’t control who your brother hangs out with. And probably? The more you try to tell him he shouldn’t hang out with certain boys, the more he WILL, because of rebellion. You’re not the boss of him and all that.

And also, like, I don’t want to make big sweeping generalizations, but I will say that it’s not uncommon for boys (especially around that age) to play around with the boundaries of what’s okay and talk about stuff that’s totally inappropriate (and sometimes, girls do it too). I’m NOT saying it’s okay, and some of the stuff they’re talking about might be SUPER not okay. I don’t know. But some of it might be normal boundary-pushing. And the stuff you hear might be DESIGNED to horrify his big sister. He’ll get power out of that.

I don’t think you’re exaggerating. But I think there are limits to what you can do as his sister. There are even limits to what your parents can do. Even if he’s officially “not allowed” to say certain words, they can’t control what he does when they’re not around, right?

So I think there are a couple things you can do. One is to model good behavior, obviously. Even if it seems like he doesn’t care what you think or do, he probably does to some degree.

Second, I think you can try not to seem shocked or horrified.  If you do, that will probably just make him want to do it even more. But you can TOTALLY be all like, “That’s not cool.” Pick your battles, though! Don’t call out stuff that’s just gross or whatever. But if something’s totally offensive, like to a group of people, or a specific person, call that out. Don’t demand he change his behavior, just call out that one particular thing he did. That should help him realize that his behavior is NOT okay.

And finally, if he’s getting into something you think is SERIOUS trouble, you need to tell your parents and let them deal with it.

How do you guys handle it when a sibling is getting into trouble? Can you ever get them to listen to you? When do you tell your parents?