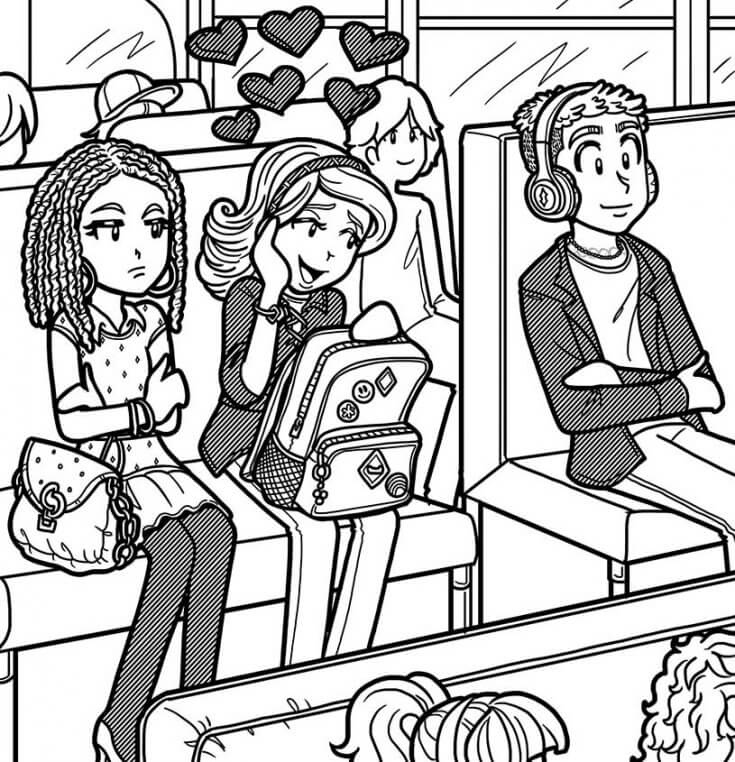 My BFF is TOTALLY OBSESSED with this guy she’s crushing on! Everyday, it’s “He LOVES that!,” “He’ll HATE this!” or “He’s coming my way! Quick, how do I look?!” It’s driving me KA-RAY-ZEE! At first I thought she’d get over it. But today, she didn’t eat a hamburger since he’s going vegan, and she LOVES hamburgers! I tried to talk to her about it, but she was too busy trying to take a photo of him for the background of her phone. Please help!!

This sounds SUPER annoying. But also? (Hangs head in shame…) I’m pretty sure I’ve been that annoying BFF. So, please be patient with her. It might be lasting longer than you hoped, but it IS just a phase. Like, she’s not going to try to sneak a photo of him at your high school graduation. I promise!

But, that doesn’t mean you have to just grit your teeth and accept the obsession. Especially if you see her changing who she is to try to please this guy. Because that is NOT cool.

I think there are a few things you can do.

First, talk to your friend. Keep it light. Let her know you care about her, but also that she’s driving you a little crazy. And suggest a few things to help keep your friendship healthy, even while she’s on her extended tour of “Crush Land.”

Maybe you could agree on crush-free zones. Like times of day, or places, where no crushing is allowed. And there’s a penalty if the crush comes up. So like, for example, you could agree to do this when you’re on the bus going to school, or when you talk to each other on the phone after finishing your homework. And during those times, she’s not allowed to bring up the crush. If she does, you keep a count. And if it happens X number of times, she owes you a fro-yo, your favorite candy bar, or whatever works for you guys.

But if she’s going to make this effort NOT to talk about him sometimes, then there have to be times when you make the effort to put up with the obsession. Because she’s your BFF and you want her to be able to talk to you about what’s important to her, right??

I do think it’s fair to talk to her about the hamburger thing, though. And it’s probably not just the hamburger thing. Like, I’m guessing there are other ways she’s changing who she is or how she looks to try to please this guy. And it sounds like she needs a good BFF pep talk about how she’s awesome the way she is, and if he doesn’t like her the way she is, then he doesn’t deserve her.

Maybe it’s because I’ve been in her shoes (with a HUGE crush on you-know-who!), but I think you can try to talk to her about this. You just need to be patient. Because the fact is, the tables will probably turn. YOU’LL be the one with the crush obsession, and when she gets super annoyed with you, you’ll be able to say, “Okay, but remember how much I put up with when you were obsessed with vegan guy?!”

And even if you somehow manage to never be a super annoying love-struck BFF, you’ll have been a really, really good friend, and that WILL benefit you in other ways. I promise!