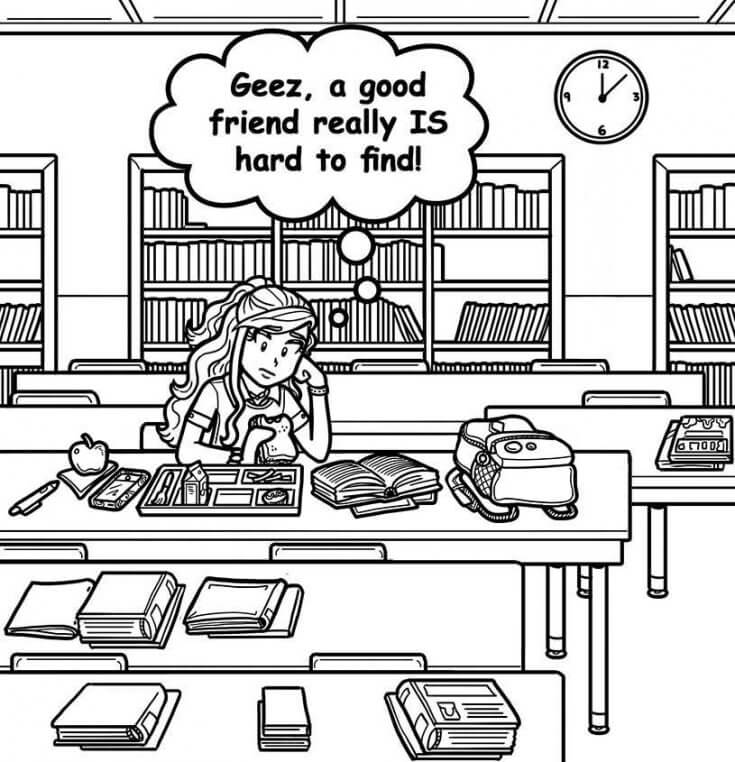 I need your help! Sometimes I feel like the whole world is against me. I used to have friends who were the snotty, unsmart sort of girls, and not to brag or anything, but very unlike me. I started leaving them and hanging out in the library. In the second semester, I decided to search for more friends. The reason girls didn’t come three inches near me was that my ex-BFF was spreading rumors about me that I have germs and that I don’t bathe, which isn’t true. But over time, I got a BFF, who is still my BFF. But recently our friendship has gotten very shaky and now it seems like we’ve become rivals overnight. It’s getting worse and things are getting ugly, but she won’t budge. Should I give up or give her another chance?

First of all, HUGS! Friendship stuff is SO hard!! Making and KEEPING a good friend is a LOT of work. Most of us are still figuring it out. It might be an even more important life skill than math or spelling. (Don’t tell my teachers I said that, though.)

It sounds like you’ve had tons of ups and downs. It’s important to know that we all get treated unfairly, and sometimes, WE even treat people unfairly too. (Hey, nobody’s perfect!) And since you’ve been up, down and all over on an emotional roller coaster with your previous BFFs, you might be super sensitive about your new best friend. You might even find it hard to trust her. I know that if I had a former-BFF who spread nasty lies about me, I would have a really hard time trusting anyone else.

Let’s make one thing crystal clear: NOBODY should spread terrible lies about someone else. You didn’t deserve that. And that is NOT how most girls are.

However, I worry that you’re almost expecting to be disappointed by your new friend. Again, it’s really hard to say from a few sentences in an email, but I’m also concerned about how you dropped a group of friends because they were snotty, not smart, and nothing like you. I mean, if they really were a group of mean girls, then good for you for moving on!

But, is it possible you didn’t give them enough of a chance? That maybe you judged them kind of harshly? And NOT that there’s any excuse for the rumors they spread, but obviously someone’s feelings were hurt when you bailed.

Because good friends ARE a lot of work. But they are sooooo worth it. I promise! 🙂

How would you handle a rumor about you? When is a friendship worth saving, and when is it time to move on?