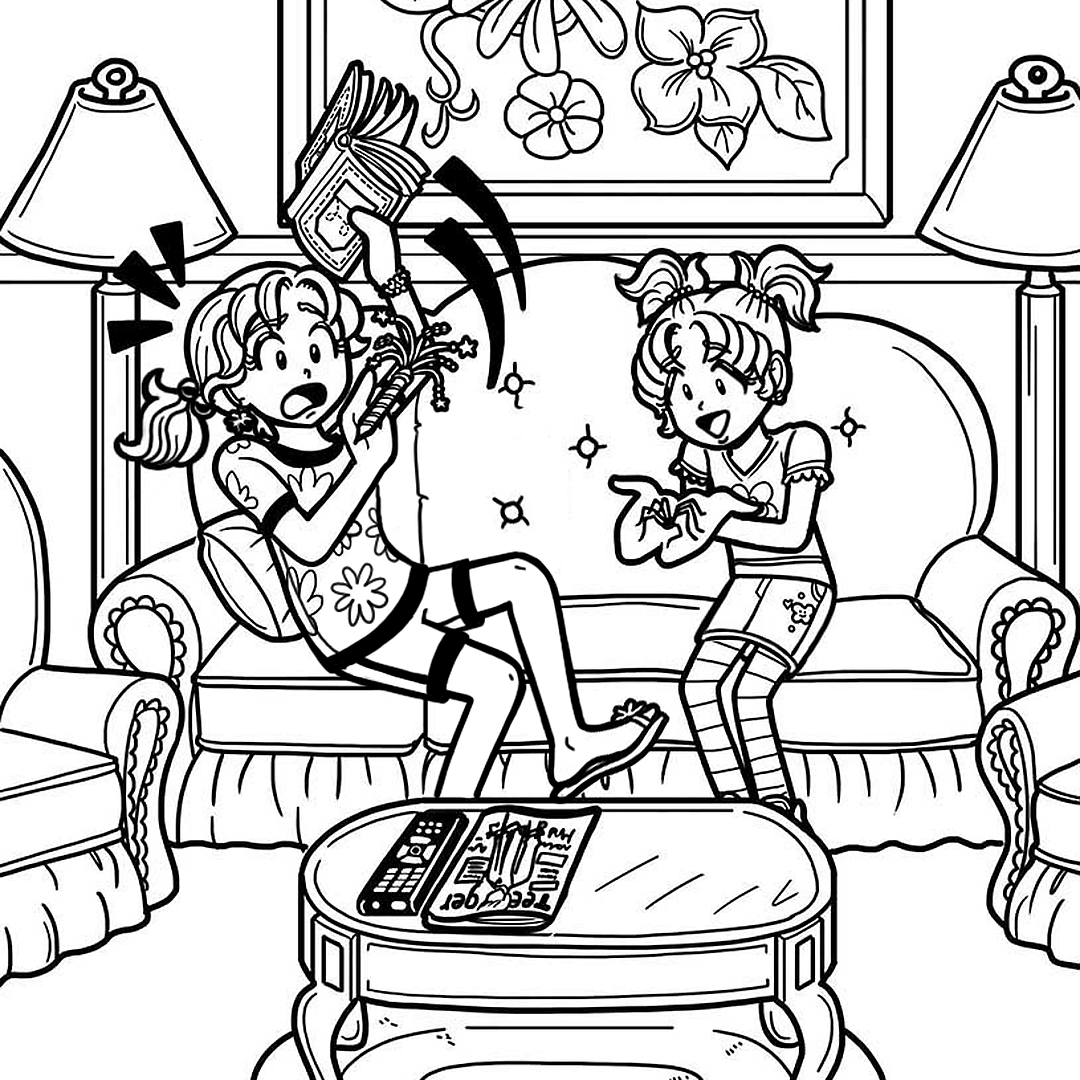 I’m SOOO over this weekend!!

I know that it’s only Saturday but it seems like today has lasted forever. And I can blame that entirely on Brianna!!

I swear that the little brat can figure out every weakness that I have. And not to sound braggadocious, but I don’t have too many.

But it seems like she just found out about my HATRED of spiders. Well, it’s not that I hate them, I just hate being AROUND them.

And the only reason that she found out was because I freaked out.

Since both of my parents went to run a few errands, I was left to babysit Brianna for a little bit.

But, I quickly became suspicious when I didn’t hear any commotion for a few minutes.

“Brianna, is everything alright?” I asked.

I didn’t really think anything of her response, so I just went back into my room. With all of the new television shows that are out now, I can hardly keep track of them all. So I figured that she was innocently watching cartoons.

About twenty minutes later, I stepped out of my room to check on her again. But this time she was sitting right outside of my door. I only know because I almost tripped over her as I made my way towards where my family keeps the television.

“Brianna! What are you doing?!”

“I already told you! Watching Gary and his friends.”

At this point I thought about ordering some type of language decoder because this girl was not making ANY sense. In order to watch a TV show, there needs to be a TV!!

But, then she pointed up towards the ceiling.

And there, crawling ever so slowly was a giant SPIDER!!!

But it wasn’t just ONE, there were TEN of them!!

For some odd reason, it seemed like they were “playing follow the leader” or something. And they were heading directly towards MY ROOM! 🙁

So I quickly shut my door right as they were about to go inside.

And I don’t know if there was a right or wrong way to handle the situation, but I got LOCKED out of my room!!

Not because my door was locked or anything, but because the spiders seemed to like my door a lot so they just stayed on my door!

So I went to the family room while I waited for my parents to come back home from all of their errands. Luckily I grabbed my diary before I left or else I would be DEVASTATED!!

So I made Brianna sit where I could see her and where she could watch the spiders. The LAST thing I wanted was for the spiders to spread out and infest the house.

And then I got comfortable.

But of course Brianna had to disturb my peace!

She walked into the room with her hands behind her back. I was kinda suspicious, but I knew that she couldn’t have done anything too bad since I’ve been watching her out of the corner of my eye.

“Nikki, Miss Penelope made a friend. Do you want to meet her?”

And then I continued writing. But obviously Brianna and Miss Penelope wouldn’t take that as an answer.

“This is Miss Penelope’s friend. Her name is Sasha!!”

I looked up, expecting her to hold a stuffed animal or something.

That girl held a SPIDER in her hand!!

The biggest one I had EVER seen and it was just sitting in the palm of her hand!!!

I would’ve freaked out even more had my parents not walked in right that moment!

And thank goodness my dad is a bug exterminator! He got rid of them very quickly and effortlessly.

I guess that means I’ll have to figure out a way to get rid of Brianna myself!! 🙁

Are you afraid of spiders? What totally creeps YOU out? Dare to share in the comments!