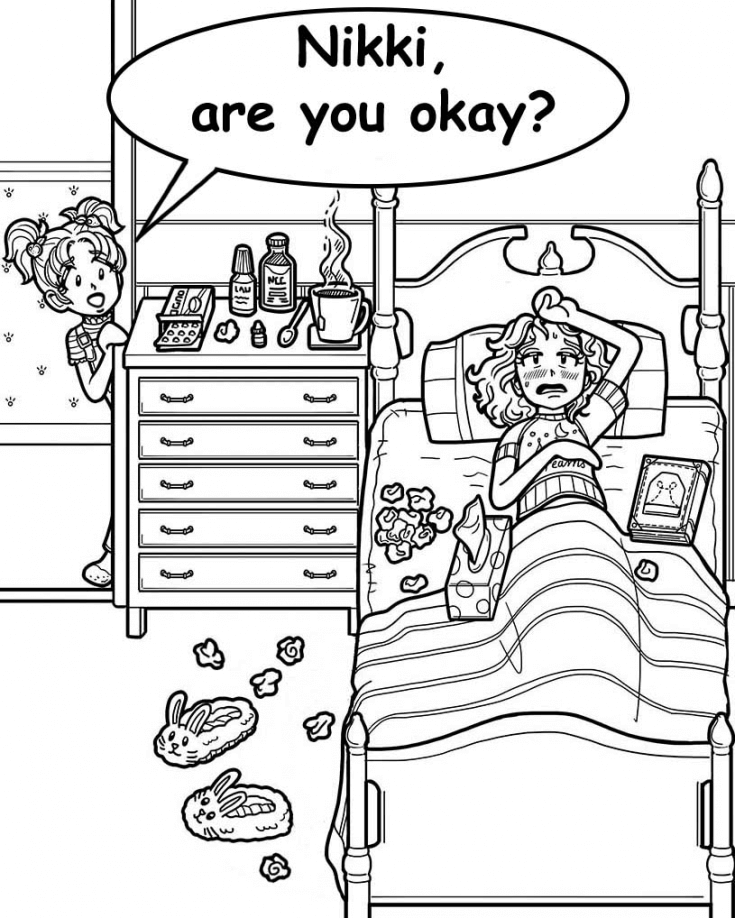 I’m pretty sure I have the plague.

Like from history class? Spread by rats, wiping out entire medieval villages, the Black Death, etc, etc? I don’t remember all the details, but I remember enough to be pretty sure I have it.

Mine was PROBABLY not spread by rats. Between my dog Daisy and Mrs. Wallabanger’s dog Creampuff, I’m pretty sure there aren’t any rodents within at least a mile of our house.

But it’s been like seven-hundred years since the original Black Death. Probably by now it has evolved. Maybe it’s spread by housecats. Or through cell phones somehow.

Or MAYBE it’s spread entirely by six-year-olds who go to school, ballet class and scout meetings, and then hold hands with other six-year-olds, and then come home and spread the germs to the people they are SUPPOSED TO LOVE!!!

I mean, come ON!!! I was just being a good sister AND daughter when I volunteered to run in and pick Brianna up from her ballet class.

(OKAY, maybe I didn’t exactly volunteer as much as Mom made me. But still, I didn’t stage a revolution or anything. I let her stay in the car and I went inside.)

Everything looked normal. Little girls in tights, hair falling out of buns, moms on their phones, barely noticing which kid ran over and grabbed their hand. I swear, some of them could get home and only realize then that they’d brought home the wrong ballerina!

Meanwhile, Brianna was doing some sort of crab walk across the dance floor. Sometimes you just gotta let Brianna be Brianna.

So I waited, and when she got up, I waved.

“Nikki’s here!” she announced to the room full of little dancers and impatient moms, like I was some kind of celebrity. That actually warmed my heart for a second.

But JUST a second. Because here’s what happened NEXT:

Brianna ran over to the corner to grab her bag. Then, the little girl next to her sneezed RIGHT in her face. Instead of backing away like a NORMAL person, Brianna hugged her goodbye. I was standing there in utter disbelief because of what she had just done.

I mean, WHO hugs someone right after they’ve SNEEZED AND SHOWERED YOU WITH INFECTIOUS GERMS??!!!

And since I was just standing there, I didn’t stop Brianna before she grabbed my hand with her now plague-covered one.

“What’s wrong?” Brianna asked, since I wasn’t moving. And THEN, she sneezed in MY face!!!

I mean, this is cruel and unusual punishment! I volunteered to go in and get Brianna! Mom didn’t want to be seen by the other pick-up moms in her dirty yoga pants since she had been working in the yard all morning.

And here is the thing that is TOTALLY not fair – Brianna was sick by that night, but only for about TWO SECONDS. Just long enough to get the rest of us sick. Mom and Dad sniffled for a day or two. But I have been on my deathbed for almost a WEEK!!!

Not that I want Brianna to be sick. I’m not a monster. (But she is a lot quieter when she’s sick…)

Here are my symptoms:

I am FREEZING. Also BURNING UP.

My nose is somehow both congested and running like a faucet. (HOW IS THAT POSSIBLE???)

I can’t decide if I’m starving or nauseous, but one thing I know for sure: things are NOT RIGHT in the digestion department.

Everything hurts. Seriously everything. Like, my pinkie toenail hurts. My earlobes hurt. The little hairs that line the inside of my nose hurt.

I know all I’m doing is complaining and there are people with way worse problems and that I’ll get better eventually (PROBABLY, except if it really is the Black Death. And if so, I guess you had it coming if you’re reading my diary and I somehow infected you through the pages because this germ is incredibly advanced). But right now, I truly feel like I am DYING.

And I am SO BORED!

If this is the last entry I ever write in my diary, it has served me well. It has helped me survive the rocky years of middle school. It has given me strength to rise above Mackenzie Hollister’s antics. Fare thee well, diary!

I give out so much advice as Miss-Know-It-All, but now I need advice!!! How does anyone pass the time when they’re sick and stuck in bed? If the plague doesn’t kill me, the boredom will! (I do NOT need medical advice—I have Dr. Google for that. Not to mention Dr. Mom, who brought me the most REPULSIVE smoothie this morning—it was army green and full of unidentifiable stringy thingies!)

Please share your boredom busters in the comments so that I and other readers will know what to do the next time we’re stuck at home sick!