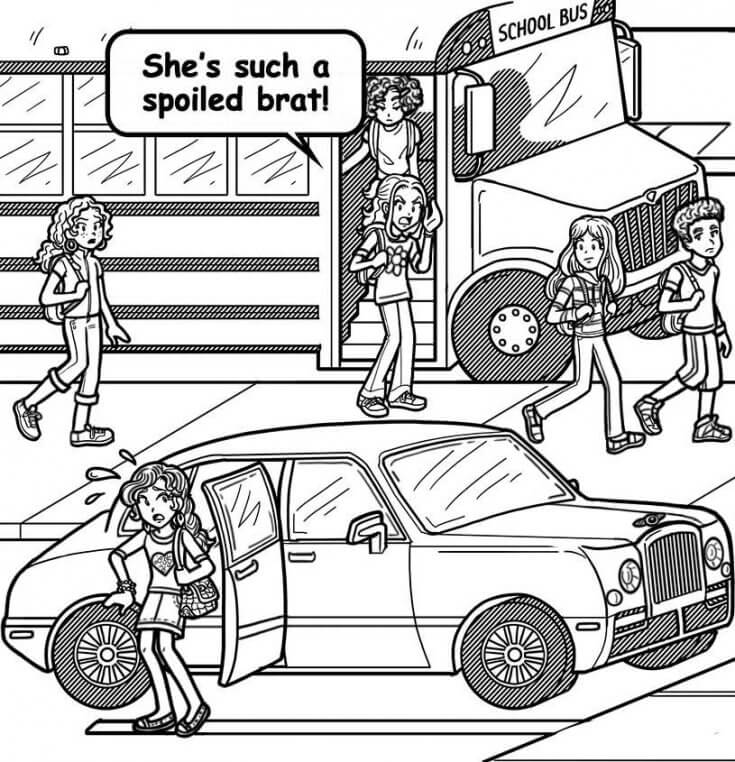 I’m from a pretty wealthy family. But everyone thinks that just because you have money, you are a spoiled, mean, rich person like Mackenzie! Since most of the popular girls are spoiled and mean, everyone thinks I am too. My BFFs say that even though I’m from a wealthy family, I don’t act like I’m better than everyone else and I’m not spoiled. But everyone else says that I probably go shopping for designer clothes everyday! I am a CCP in my school, but I’m scared of the other CCPs, except for my BFFs! What advice do you have for me? I’m really sick and tired of this.

Don’t Hate Me Because I’m Beautiful, Popular And Rich

Hi Don’t Hate Me Because I’m Beautiful, Popular And Rich,

Okay, I’ve gotta be honest—my first thought was that I CANNOT relate to this at ALL, so how am I supposed to answer? I mean, in the grand scheme of the whole world, my family is totally comfortable. We have a house, a car (even if it has a giant roach on top!!!), and enough to eat. But, no one has ever called me spoiled!

Now, if I learned anything from that time Mackenzie stole my diary and wrote in it herself (the NERVE! I’m still not over it!!!), it’s that having lots of money doesn’t solve anyone’s problems.

And I totally believe you that you’re not mean and spoiled. Take Zoey for example. Her family is pretty wealthy – her mom’s a lawyer and her dad’s a big record executive, after all – and she’s the sweetest!!!

Plus, I can TOTALLY relate to that feeling when people expect you to be something you’re NOT based on one thing about you. I mean, why do you think I didn’t want anyone at my school to know my dad was the exterminator so I could be there on a scholarship?!

However, I think people are never going to stop making those snap judgments. The thing to do is SHOW them who you are. Definitely don’t be fake, but do your best to be friendly, generous and kind.

If you’re doing all that and people are still talking trash about you, that’s THEIR problem. You’ve got BFFs who know who you are and love you, and THAT’S WHAT MATTERS. And if they’re able to see how sweet you are, I’m sure lots of other people will, too!

People who think you’re dropping tons of cash on expensive stuff are probably jealous, TBH (to be honest). And it’s probably only a few people who’d ever judge you like that, anyway. Their opinions don’t really matter, so (I know this is so 2014 but whatever) do like T. Swift and shake it off! 🙂

So, here’s your assignment:

Do you ever feel judged for having too much or too little money? How do you handle it? Tell us in the comments!