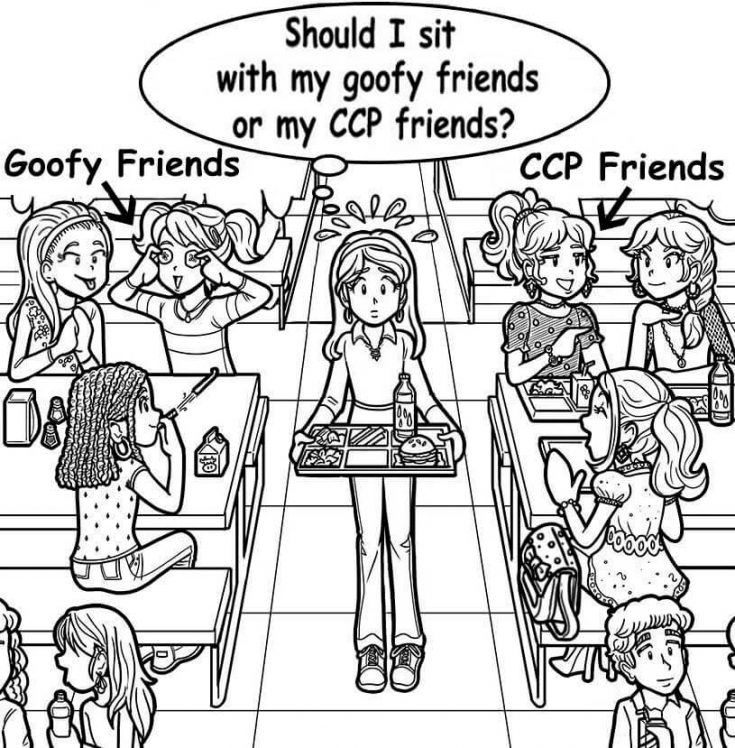 I’ve been feeling really confused about myself lately. When I’m around my friends, I act really goofy, just like an all-around nutcase. But I’m also close with some CCPs and when I’m around them, I have to act totally different. It drives me INSANE. Should I keep up this charade, or should I just give up and pick a side?

That’s easy! Just be yourself!

LOLOL! Just kidding. That’s not very helpful advice, even though people say it all the time. I mean, knowing HOW to be yourself is tricky since we don’t always know who that is or what that looks like! And sometimes we have different selves for different situations!

If we are hanging out with two different groups of friends, we might act differently. I don’t think that’s super weird, or that there’s anything wrong with it.

However, it could be a problem if you feel uncomfortable or like you’re not being honest with who you are. It sounds a little like you might be uncomfortable with the CCPs because you’re not allowed to act goofy. Which tells me that goofy is your true personality, but you hide it because you think the CCPs won’t like it.

Who knows? Maybe we’re not giving the CCPs enough credit. Maybe they’d LOVE the goofy side of you! Maybe if you loosen up and let your INNER DORK shine through, it will help some of them feel more like they can show their true personalities too. Everybody wins! 🙂

The main thing is, you need to feel comfortable with both groups of friends. So, that means you need to make a choice:

Which choice sounds better to you? Well, whatever you do, REMEMBER TO ALWAYS LET YOUR INNER DORK SHINE THROUGH!

Hey readers, do you ever act totally different around certain people? Do you ever feel like you’re acting fake? Tell us about it in the comments!