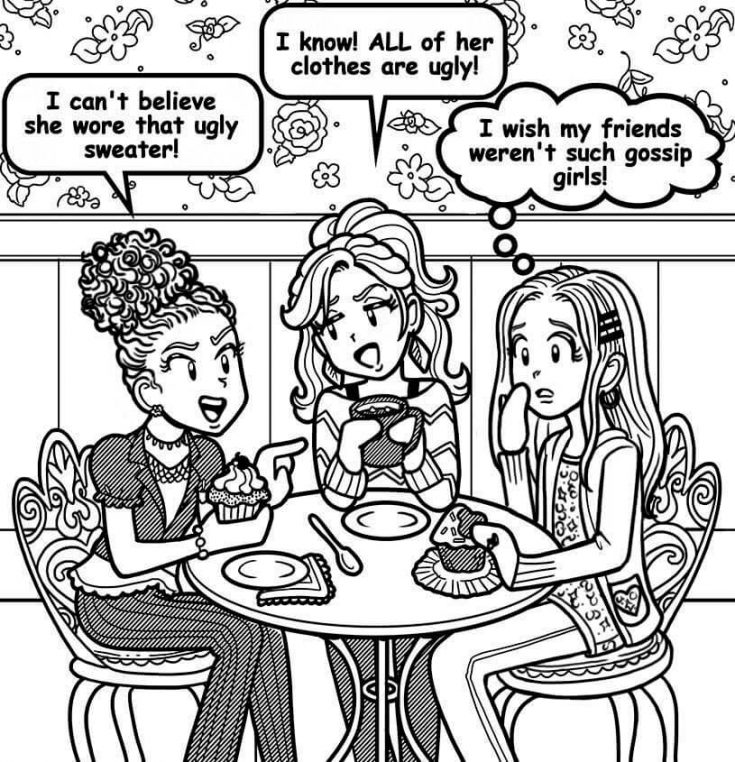 Ever since we started middle school, my friends have turned into the biggest gossip girls and I HATE IT!!! They’re always talking about people, spreading rumors, and laughing behind other people’s backs. I have to admit that sometimes I do it too – it’s really hard to resist! But I know it’s wrong and I always feel AWFUL afterwards. What do I do?! And don’t tell me to get new friends, because I love my friends, even if they ARE gossip girls! Help!

OMG, this is SOOOO relatable! Not that Chloe and Zoey are gossip girls – they’re the sweetest ever!!! But we sometimes slip into sharing juicy news we’ve heard. Who doesn’t?! But I know what you mean: later it feels awful.

The thing about gossip is that it makes you feel like you’re a part of a club, and that’s a seriously good feeling. Everyone wants to feel like they belong! And it’s normal to want to compare ourselves to other people and feel good about ourselves.

But when you think about it, gossip is pretty much the root of all school drama. So it’s really not worth the temporary feeling of being in-the-know. Plus, it’s good to remember that if someone will gossip WITH you, they will probably gossip ABOUT you too!

First, I think it’s good to be clear about what gossip is and isn’t. Because gossip isn’t just talking about someone. If you say, “I love Zoey’s fashion style!” that’s not gossip. But if you say, “OMG, Zoey CANNOT pull off that look she’s going for today,” that IS.

So, here’s what I consider gossip:

And here’s what I think is NOT gossip:

So, what can you do if you want to stop gossiping, but your friends won’t stop?

If you hear a rumor, don’t be the one to repeat it. And better still, try to shut it down. A simple statement like, “You don’t know that’s true” is all you need to say. And then try to change the subject!

If your friends say you’re no fun or whatever, just shrug it off and remove yourself from the conversation. You’re trying not to gossip as much and it’s challenging, so it’s easier for you not to be around gossip.

Also, a lot of gossip happens on social media. Sure, it’s frustrating to see. But you can really only be responsible for yourself. So ignore those posts, or point out when they’re mean or not true.

Hopefully your friends will be inspired to cut down on gossiping. However, if they don’t and it continues to bug you, then maybe it’s time for some new friends.

Do you or your friends gossip a lot? Any tips on how to stop? Please share your advice in the comments!