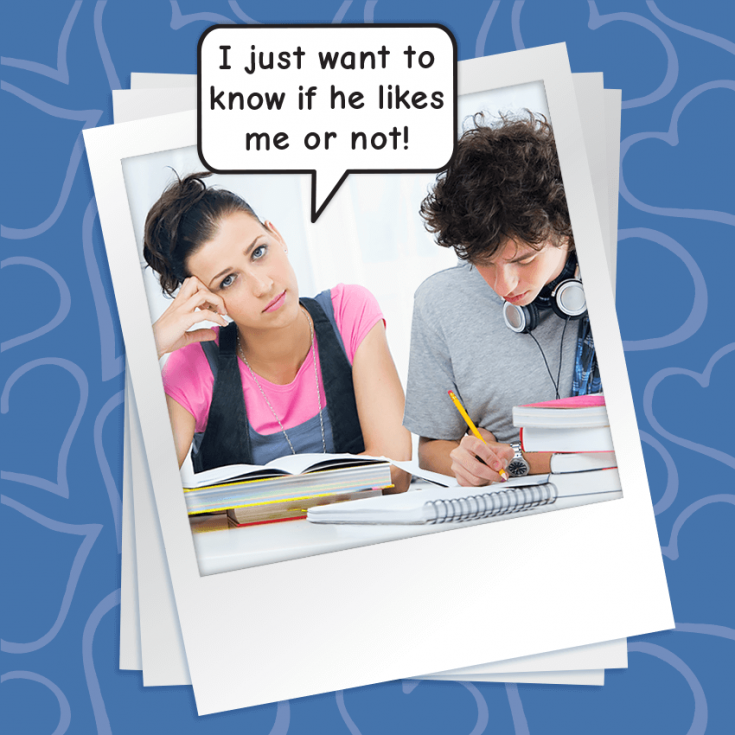 I’ve been seriously crushing on a guy for almost 2 years and I’ve told him as well. But whenever I try to talk to him about it, he just weasels his way out of it. I just want to know how he feels about me. What should I do?

Whoa, that’s a long time for an unrequited crush! And you’re brave for telling him! It sounds like you’re pretty comfortable talking about your feelings, which is awesome. But not everyone is.

You say he “weasels out of it” when you try to talk to him about how you feel, but I wonder what that means. I’m guessing he doesn’t give you a straight answer about whether or not he likes you back. But he’s in kind of a tough position! Let’s think about his possible responses.

If he DOES like you, he has two options:

If he DOESN’T like you, he has two options:

So whether he likes you or not, what you see as weaseling out of answering is probably him being uncomfortable with the topic. And it’s not the answer you want but…it’s still sort of an answer? And bugging him until he gives you more of an answer is probably not going to make him like you more.

So I think you should probably try to chill out a little and give him some space. He hasn’t shut you down with a blunt, “I don’t like you,” so you can continue talking with him and being friendly. But you’ve already made clear how you feel. So if he decides he’s got feelings he wants to express, I’m sure he’ll tell you when he’s ready!

Have you ever told a crush how you feel? How have you responded when a crush has told you they like YOU? Tell us in the comments!