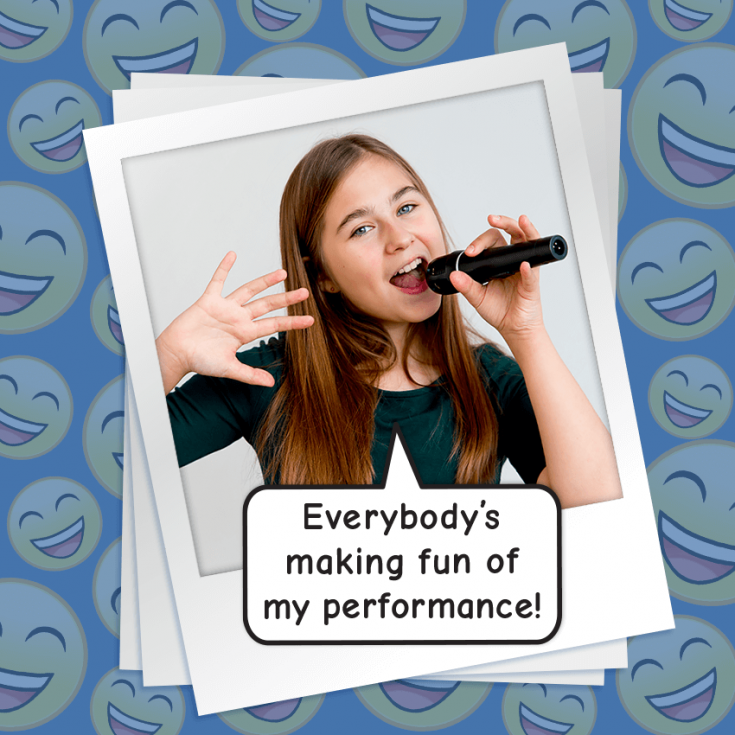 There’s a REALLY embarrassing video of me singing on stage for my 6th Grade graduation ceremony and the whole school has seen it!!! When people pass me in the hallway, they mimic me singing in a really RUDE way!!! I was sick and my voice cracked in the middle, and people make fun of my appearance too! I feel really embarrassed when this happens and try to stand up to them. But it just gets worse! What Should I do?!

OH wow, this sounds ROUGH. It was probably embarrassing enough to have to perform when you weren’t feeling your best. And then there’s a video of it…and then lots of people are watching it and making fun of you…it kind of reminds me of when Mackenzie recorded Nikki singing with her little sister at Queasy Cheesy. Which is SO NOT COOL. ☹

I’m sorry people are being jerks. It will eventually blow over and people will forget about it. But that doesn’t make it any easier now while the focus is on you.

In this kind of situation, I think you have two options.

If you have some friends who support you and aren’t making fun of you about this, they could also do both of the above things WITH you, when people make fun of you. Lots of people rolling their eyes and acting too mature for a joke are going to shut it down super fast.

(And if any of your true friends ARE making fun of you about this, you should tell them honestly that it really bothers you and you wish they’d stop.)

It will pass. I promise.

And when something like this happens to someone else, you’ll know how it feels, and maybe you can stand up for them.

Have you, a friend or family member ever had an embarrassing moment recorded or talked about by lots of people? Don’t be scared…tell us all about it in the comments.