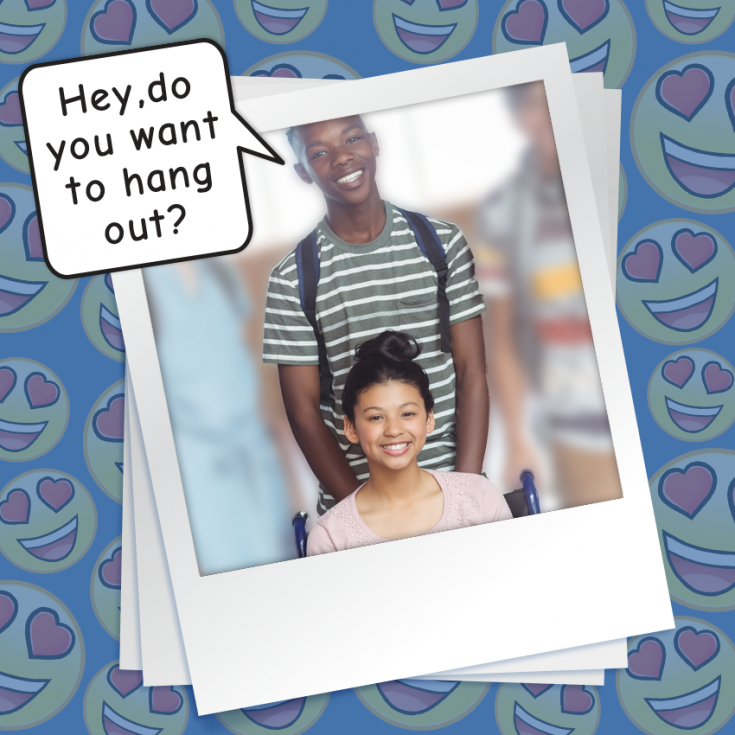 I really like this girl who’s kind, smart, and talented. She’s in a wheelchair, but I still think she’s cool. A lot of people know that I like her and they give me a hard time because I’m supposed to be the popular guy who’s good at sports. What should I do?

Dude With A Dilemma

Hey Dude With A Dilemma,

I’m glad you wrote me about this, because it’s a very common dilemma. Sometimes we crush on people who are so different from us that others give us a hard time for it. Hopefully my answer will help you and anyone else who’s going through it right now.

So, the short, no-brainer answer is that if she’s kind, smart, talented, and cool, then nothing changes. Being in a wheelchair should not change the fact that she’s crush-worthy. You can keep crushing on her. If you’re feeling brave, maybe you could even talk to her and ask her to hang out so that you could get to know her better. And you should just ignore the haters.

Or, if you’re feeling really brave, maybe you could call the haters out.  And look, you said you’re supposed to be the popular guy who’s good at sports. That must get a little annoying sometimes and feel like a lot of pressure. But the awesome part is that you’re able to do things other people can’t.  For instance, your popularity makes other kids listen to you. If some random kid that nobody knows stood up for the girl in a wheelchair, it probably wouldn’t do as much good as it would if it were the popular, sporty guy that everybody knows standing up for her (that’s where YOU come in 🙂 ). Who knows?  You might even make other people brave enough to stand up for her, too!

Let’s call it the Spiderman Principle: With great power comes great responsibility, and all that stuff. The point is, you’ve got power as the popular, sporty kid. Use it for good. You can totally be a superhero without the cape, mask or tights.

Now, being popular doesn’t mean you’ll never get teased every now and then. I get it. Even Spiderman had to deal with the Green Goblin.

(Sorry about all the superhero references. I’ve been spending a lot of time with my friend, Max Crumbly, and he’s really into superheros.)

I’m just saying—it sounds like you’ve found an awesome girl to crush on. And because not everyone is as awesome and confident as you are to like her, she probably doesn’t receive that kind of attention much. But she still totally deserves it.

So, my advice to you is get to know her, hang out with her, and stand up for her. Ignore the people who give you a hard time for it, or just tell them to chill out. Use your power.

Have you ever crushed on someone other people didn’t think was crush-worthy? How did you handle it?