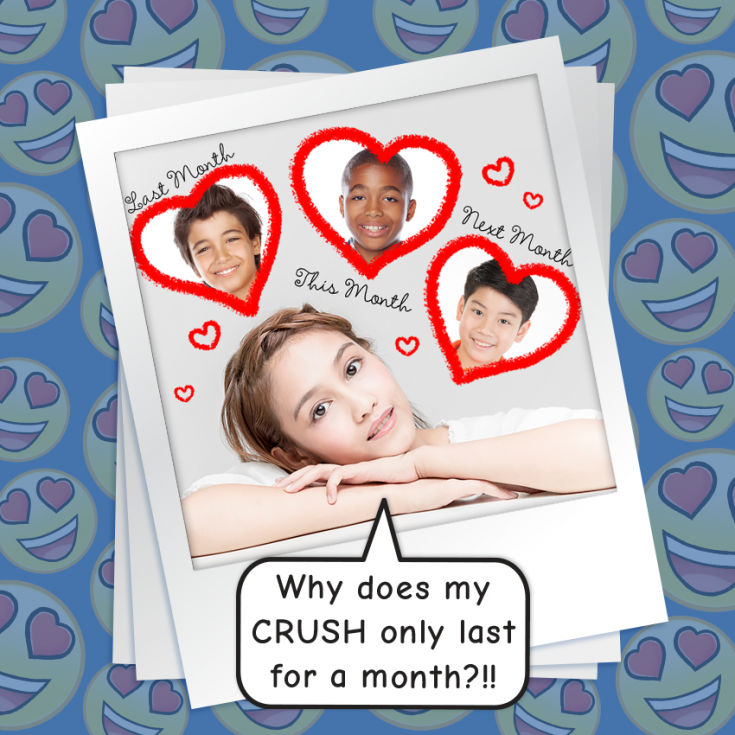 Hey Brandon,
I have a HUGE problem. I feel like I have a different crush every week. Sometimes every day! It’s like I’m ADDICTED TO CRUSHING!! First it was this boy named Connor. Then it was James. Then Liam. It’s never the same! My BFFs have the same long-term crushes and I wish I were like them. What should I do?

Okay, here’s my question for you: WHY do you want to be like your BFFs? Why is it better to have one long-term crush? Honestly, the crushes have no idea unless you tell them, so it’s really no big deal.

I think you could even argue it’s BETTER than a long-term crush. Because with a long-term crush you can sometimes start to despair that you’ve been crushing for so long and they’ll NEVER NOTICE YOU. But with a new crush every week, you’re always in that excited, hopeful stage. It sounds kind of great, right?

I’m guessing maybe you want to crush the same way your friends do because their way feels like the more “normal” way, and most of us want to fit in and be like other people. But as Nikki would say, sometimes you’ve just got to let your inner dork shine through!

The more I think about it, the better your way seems!

(Not that I’m ever going to ditch MY crush, because she’s really extra special. 😀 )

Are you a crush-a-week, crush-a-month, or crush-a-year kind of person? What are the best and worst parts of crushing? Tell us in the comments!