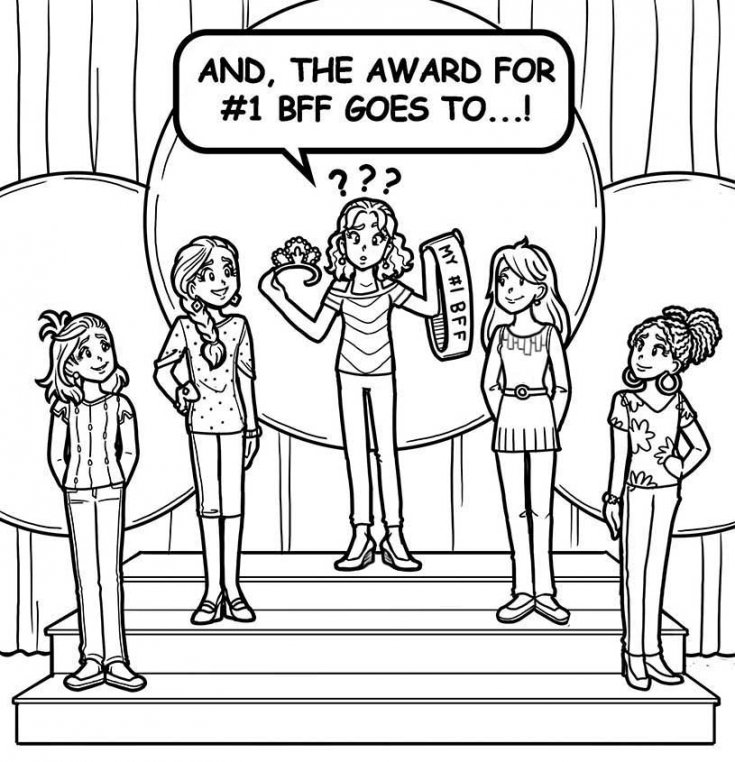 I have a LOT of friends, which is great, but they keep asking who my BEST friend is. I don’t know and I feel like I have to tell them! But then the one I don’t choose is going to feel bad. I’ve asked them if I can have more than one, but they say no. I have too many people to choose from and I don’t know who to choose. Please help me out!

Okay, first of all, I am PROOF that you can have more than one BFF! I would never in a million years choose between Chloe and Zoey (and they would never ask me to!).

I’m sure there will be some people who read your question and wish they were in your shoes. I definitely get A LOT of letters from people wishing they had a BFF, or any good friends at all. I’m not trying to make you feel bad—your situation sounds really tough! But maybe people who struggle with not having friends will see that even people with a lot of friends have problems, too.

Having BFFs is great! But honestly, having so many great friends that you can’t choose which one is the best also sounds pretty great. You shouldn’t HAVE to choose. And you’re right—if you choose only ONE person as your BFF, there are going to be lots of hurt feelings! If someone really IS your BFF, I don’t think you should hide that to protect other people. BUT if you truly don’t feel like you’re closer to one friend than another, don’t let them pressure you. After all, REAL friends don’t pressure friends to choose who’s the best!

Also, if everyone is trying to be named your best friend, it sounds like you actually have some power. I know that comes with tons of pressure. But you can also use that power in a good way! If they really want to be your friends so badly, they’re not going to dump you if you refuse to name a BFF. Instead, tell them that you think they’re all equally awesome in their own way! Then point out why you think so for each friend. For example, one friend might host amazing sleepovers, while another has a great sense of humor. Hopefully that should make them feel special enough to get them off your back! LOL 😀!!

So, I say stand strong! Tell them you’re not choosing. You love all your friends and they’re all special and that’s that. There might be some hurt feelings from people who think you should have chosen them, but it won’t be as bad as if you had actually named someone else. They’ll get over it. (And if they don’t, they DEFINITELY aren’t BFF material.)

What do you guys think? How do you deal with choosing the best BFF, or do you think you shouldn’t have to choose? Tell us in the comments!