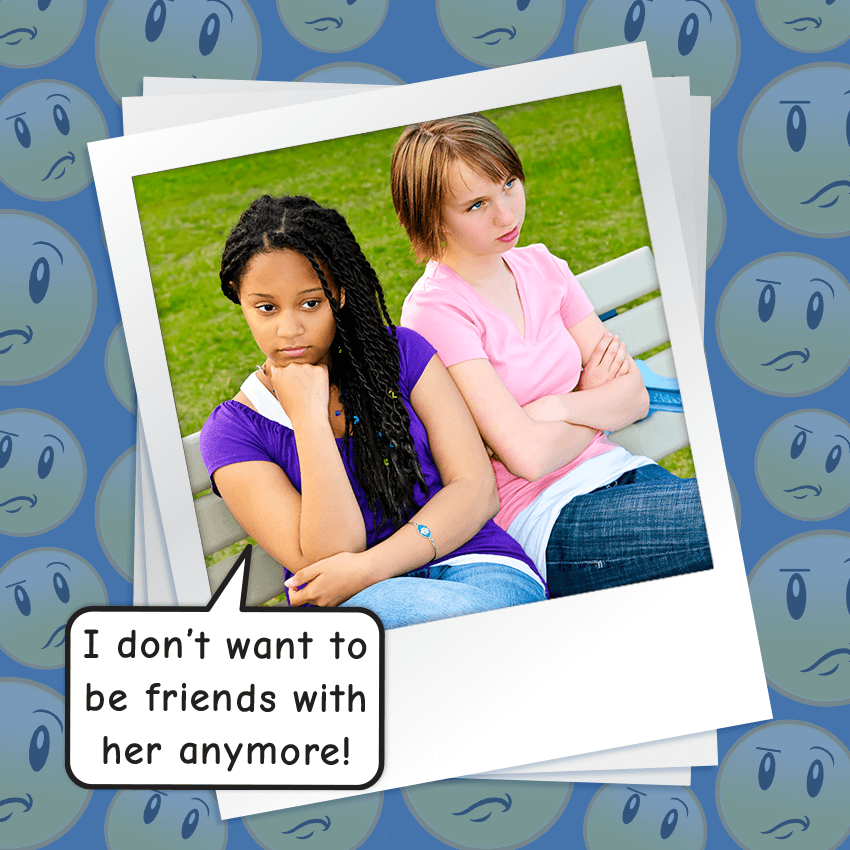 My BFF has gotten very mean and she talks about really inappropriate things. She also gets into stuff I know is wrong. I’ve thought about it, and I want to unfriend her. But how do I unfriend someone without hurting their feelings or making them think I’m mean?

Oh wow, this is tough. First of all, I’m sorry you’re going through this. It sounds really hard. Any time a friendship changes, it can be difficult. And it sounds like you’re making a difficult step for good reasons.

Just in case, I want to say that sometimes people are going through a tough time and deserve second chances. At least they deserve a conversation where you tell them you’re not comfortable with whatever bothers you, and see if they’re open to change.

Now, maybe you’ve already tried that, but she still hasn’t changed. In that case, I’m afraid you’ll definitely need some advice on how to stop being friends.

What you should NOT do is ghost them, by just blocking them everywhere and not responding to any messages. That’s mean and confusing. If it’s ever happened to you, you know how much it hurts. No matter what she’s done, she was your BFF once, and she deserves better than that.

If you can have a conversation, great. If you’re not comfortable, a letter works. But try to be straight-forward about feeling like you’re growing apart. Tell her how much you’ve loved being friends, and you’ll always care about her, but you don’t think hanging out with her is right for you now. Once you’ve had this conversation (or letter), you can unfriend her. But again, I wouldn’t block unless she really gives you a reason to. Blocking is sort of slamming the door in her face, instead of nicely saying good-bye and closing it gently.

Are her feelings going to be hurt? Probably. Will she think you’re mean? Maybe. No one wants to be unfriended. You really can’t avoid that, and it’s not the end of the world (although it might feel like it). You can’t make everyone happy all of the time and still be true to yourself. If this is the right choice for you, you might have to deal with some upset/angry/bitter feelings from her. Hopefully, in the long run, that short-term upset is easier to deal with than an ongoing difficult friendship.

Hey readers, have you ever had to end a friendship? How did it go? Would you do things differently, if you could? Tell us about it in the comments!