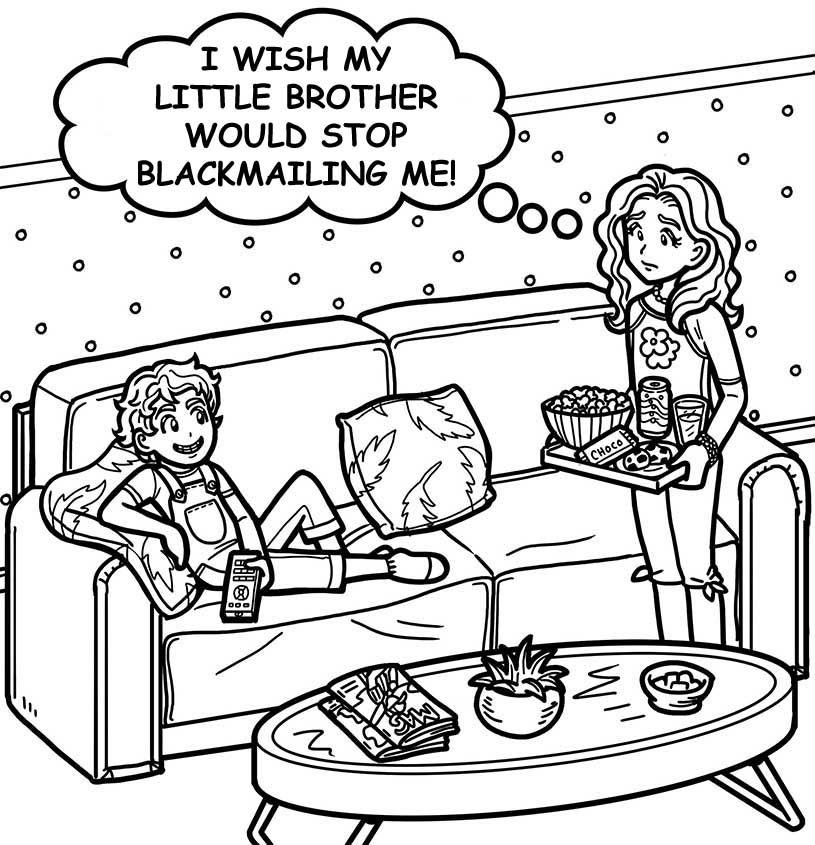 Help! My totally annoying little brother caught me doing something wrong and now he’s using it as BLACKMAIL!!! I have to do everything he says or he’ll tell our parents and I’ll be in SERIOUS trouble! I’m talking grounded for the next five years! What should I do?!

Oh wow, I thought Brianna was bad! But I don’t think she’s ever blackmailed me! (PLEEEAAASE, no one explain blackmail to her ☹!!)

The way I see it, you’ve got three options: 1) Stay under your devious little brother’s control. 2) Find a way to counter-blackmail him. Or 3) Confess what you did to your parents.

So, consider these options. I think fessing up is your best choice. And a bonus side effect to that will be your brother will probably re-think blackmailing you in the future!

Have you ever been blackmailed? How did you handle it? Tell us in the comments!