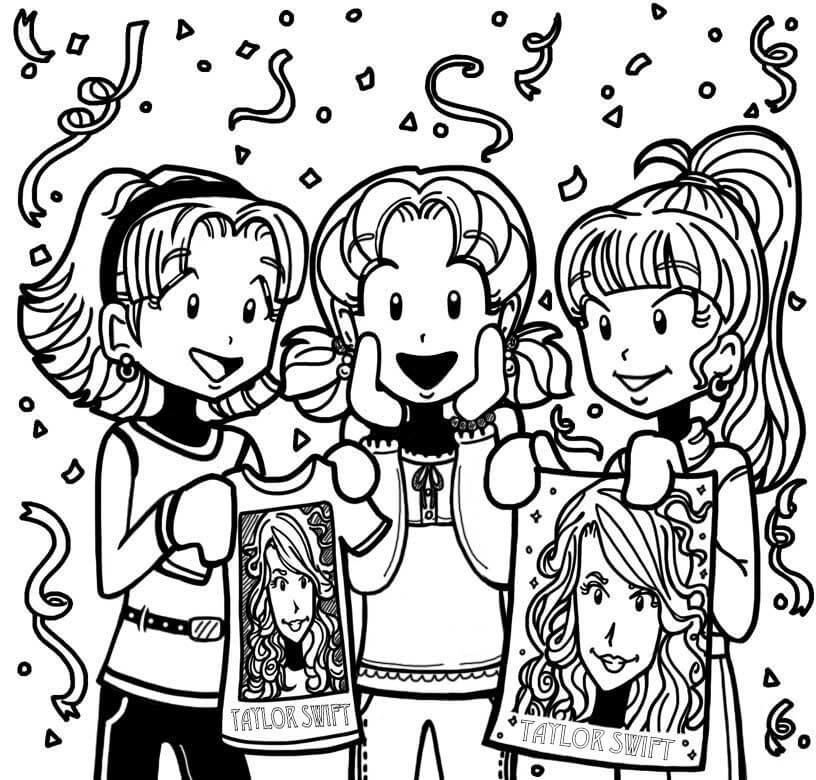 As you might remember, last week I was FREAKING OUT because I thought Chloe and Zoey were mad at me for blowing them off for Brandon.

You can read my other post for the full story, but here’s a brief summary:

I ditched Chloe and Zoey to help Brandon at the animal shelter, but only because he REALLY needed me. Then I missed out on a last minute, surprise Taylor Swift concert with them because I didn’t check my phone all day.

THEN I got sick and missed school at the beginning of the week, and they didn’t call to check on me even once, so I thought I messed up BIG TIME and our friendships were over!!

I know…I was being SUPER dramatic, but sometimes I don’t think straight when I don’t feel well!!

Anyways, I’m sure you’re DYING to know how everything turned out. And I’m dying to tell you, so here it is!!

On Wednesday I got to school early, hoping to catch them at their lockers, but neither of them went to them before homeroom.

Then I went to their lockers AGAIN after my first class, but I didn’t catch them then either.

At that point I was REALLY starting to feel like a stalker, and I thought for sure they were avoiding me!

I saw them laughing together at lunch, and I was just about to go over to them when MacKenzie walked by and said, “What’s the matter, LOSER? Your friends don’t want to sit with you? Poor little dork!”

I was SO not in the mood for her nastiness!!

Then she said, “It was just a matter of time until they realized they’re better off without you!”

On any other day I would have said, “You must be mistaking them for Jessica, because SHE’S the one who’d be better off hanging out with a starving bear than YOU!”

Okay, so I probably would have said it in my head so no one heard it but me, but still…

ORDINARILY, I would have thought for sure she was delusional and totally wrong, but I was feeling guilty about blowing them off, so I considered that maybe she was right.

I finally realized this was all so stupid…I was guessing at what they were thinking when really I needed to just ask!

I turned around to walk over to their lunch table, but they were gone.

By the time I got to my locker after lunch I was SO done with all this guessing! I knew I had to talk to them and ask if everything was okay. All I needed was the right moment to do it.

And the right moment was coming. When I opened my locker, I found a note in there that read:

“Meet us in the janitor’s closet ASAP!”

They didn’t even need to write ASAP. The second I saw “Meet us” I started speed walking, because I knew exactly where they’d be!

I practically ran in because I was THAT anxious to clear everything up. It was kind of like I shrunk myself down and jumped into a piñata, because the room was FULL of streamers and candy.

They both yelled, “Surprise!”

Chloe said, “We missed you at the concert!! It would have been SO much cooler with you!”

And then Zoey said, “We tried to bring you this stuff on Monday, but your mom said it was best if we didn’t bother you while you were sick!”

So that explains everything! They weren’t mad at me…they were trying to be considerate!

I don’t know why I went all drama queen over nothing. Chloe and Zoey are the best friends I’ve ever had. It would take A LOT more than one day of cancelled plans and a few missed calls to ruin our friendship.

We’re like Taylor Swift, Selena Gomez, and…well, a second Taylor Swift. That’s how close we are!

They are definitely the best friends ever!!