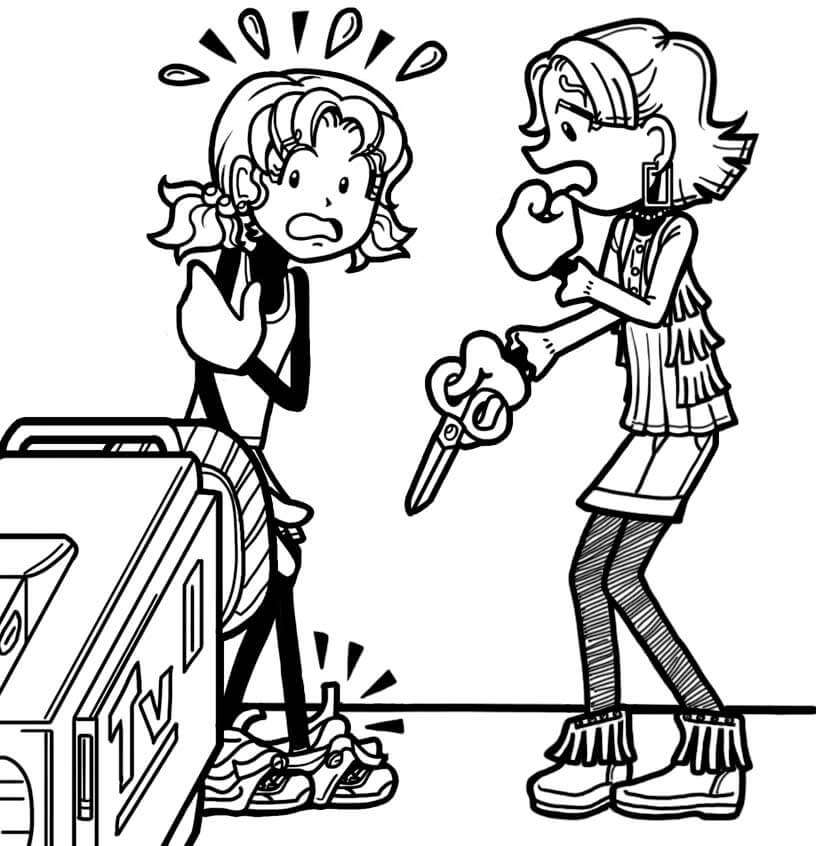 Yesterday was Zoey’s first show on our local TV station, and I’m super proud of her!

(If you have no clue what I’m talking about, read this post from last week.)

I was SUPER grateful for all your suggestions, and I ended up sharing them with Zoey so she could plan her first show (with me and Chloe, since we were her first guests!).

We decided that we’d start with a short conversation about crushes…because let’s face it: if you want a girl our age to pay attention, you start with, “Your crush would TOTALLY notice you if….”

Then we were going to do a segment called “Make It Work” where we restyle horrible department store clothes to make them look less hideous and cheap. (If you watch Project Runway, you know I totally stole that from that old dude, Tim Gunn!)

We planned to end the show with a segment called “They Did WHAT?!” where we would read letters from viewers about super embarrassing things their parents did, and give them advice to deal with it.

Sounds like a great show, right? I thought so, too!

And it would have been, if a million and one things didn’t go wrong!

When the show started, Zoey looked right at the camera and said, “Welcome to the Zoey show! I’m your host, Zoey. These are my special guests, Nikki and Chloe. My uncle’s name is Joey, today it’s super snowy, and I promise I won’t be too showy!”

Spontaneous rhyming…a sure sign she was nervous! Since the show’s live, Chloe and I giggled, as if she said the funniest thing ever. We didn’t want to make her feel bad!

When we started the first segment about crushes, I mentioned that you can get your crush to notice you by being yourself instead of trying WAY too hard, like some nasty, obnoxious people we know. (AHEM, MacKenzie!)

Then Zoey said, “Yeah, there’s nothing worse than trying too hard. It’s like Alana Thompson said, ‘Why try to be someone you’re not? Life is hard enough without adding impersonation to the skills required.’”

It was a totally awesome quote, like all the ones Zoey finds in her self-help books, but Alana Thompson is Honey Boo Boo’s real name, and I’m pretty sure she didn’t say that!

When we got to the next segment, the one where we planned to restyle hideous department store clothes, I went off camera and put on this horrible, itchy pair of peach overalls.

When I came back, Zoey took out a big pair of scissors to restyle my outfit.

I guess because she was still nervous she forgot how gravity works…because she cut both of the straps and the overalls fell right off me. Luckily, I was wearing shorts and a T-shirt underneath!

I thought maybe the last segment, “They Did WHAT?!” would be better. But nope! It wasn’t!

Zoey introduced it by saying, “And now, a letter from one of our viewers at home. This one comes from a girl named Caitlin, who writes, ‘My dad jogs wearing super short shorts. They’re pretty much daisy dukes…and it’s winter! I’ve asked him to stop wearing them, but he never listens. How can I get him to stop dressing like Miley Cyrus? He’s HUMILIATING me!’”

Zoey started great. She said, “Oh man, that’s a tough situation! It sounds like he can’t stop…and he won’t stop…” (You know, from the Miley Cyrus song!)

But then she said, “…so, um, well, if he can’t stop and won’t stop, then well, what can you do! That’s all we have time for this week on the Zoey show. Thanks for tuning in everyone!”

Zoey is the wisest girl I know, but she couldn’t think of a SINGLE piece of advice!

Yup, the show was a hot mess! So why did I write that I was proud of her? Here’s why…

Right after the show, Chloe and I gave her a big hug and said, “Great job, Zoey! You were awesome!”

And she said, “You guys are really good liars! But that’s okay. I had fun and I’ll do better next week!”

THAT’S why I’m super proud of her. She may be a total dork, but she’s my hero! 🙂