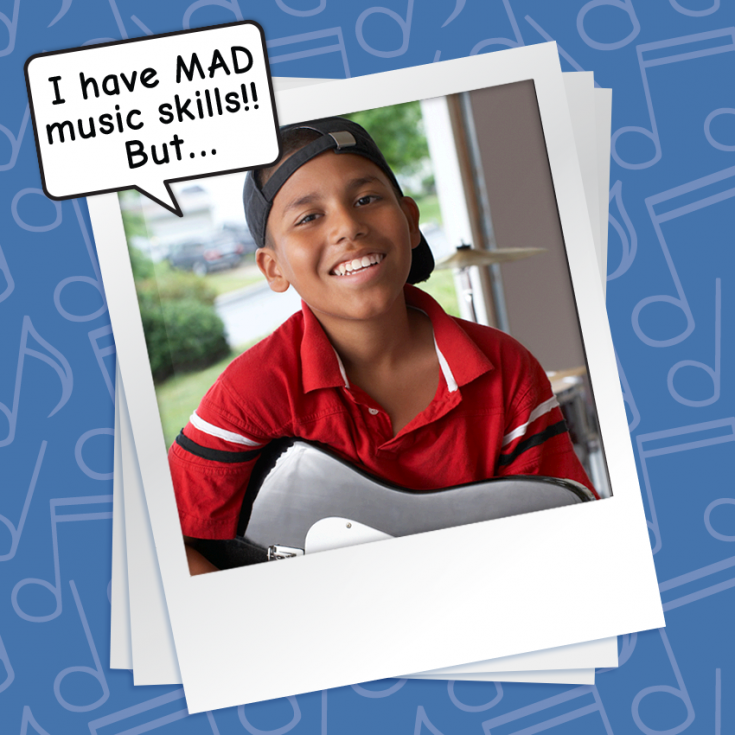 I really want to be a famous entertainer one day. I love music and “old school” singers like Stevie Wonder and Prince.

I practice singing and playing my guitar every day and I even write my own songs. The only problem is that no one takes me seriously, and my parents say I should have a normal career and be something like a teacher, attorney, computer programmer, doctor, social worker, etc.

I want to go to a performing arts high school and major in music in college. I don’t want to give up on my dreams, but I’m really starting to get discouraged by all of the negative talk.  What do you think I should do?

Singing the Blues In Brooklyn

Hi Singing the Blues in Brooklyn,

Sorry to hear you’re getting these bad vibes from your parents. When you’re following a dream, you need all the good vibrations you can get. (Since you mentioned you like “old school” music, I’m assuming you get the reference!)

Now, I don’t know your parents, but it sounds like they’re trying to look out for you. They’re just doing it in a really restrictive, discouraging way.

They say, “You should be an attorney or a programmer,” and you hear, “Your dream is dumb and we don’t think you can do it.”

But what they really mean is “We love you and want you to have a great future, and we know a career in music is really hard.”

If I’m right and that’s what they mean, they’re not wrong. A career in music is hard. But it’s also pretty glamorous with all the wealth and fame. There’s a reason they made a “Guitar Hero” and “Rock Band” video game because everybody wants to be a pop star. But, there are no games called “Trash Collector,” “Portable Toilet Cleaner” or “Head Lice Technician.”

I’m not trying to give you more negative talk when I say it’s hard – I’m just giving you a preview of the movie playing in your parents’ brains when they hear you say “musician” and “performing arts school.”

They’re probably picturing you living in a van, eating spam, and singing on the street with a hat out for coins.

But here’s the thing: it might not be easy to be a musician, but the world needs them! There are people who end up making a living writing songs, playing guitar, and doing all kinds of other music-related stuff.

I Googled it and found that there are a ton of ways to make a living in the industry. (Check out this mile-long list!)

Maybe it would help to show this to your parents so they’ll know that, even if takes a while to do exactly what you want to do, you’ll have options to make money while you’re working on it.

Nothing says, “take me seriously” like some serious research. And if they still don’t see the light (or spotlight) and won’t let you go to a performing arts school, don’t think it’s the end of your dream.

There are tons of musicians out there who didn’t go to school for it. So even if that doesn’t pan out, you can still rock out some day.

Just don’t stop believing (another “old school” song!) and some day I may be writing to you – for your autograph!