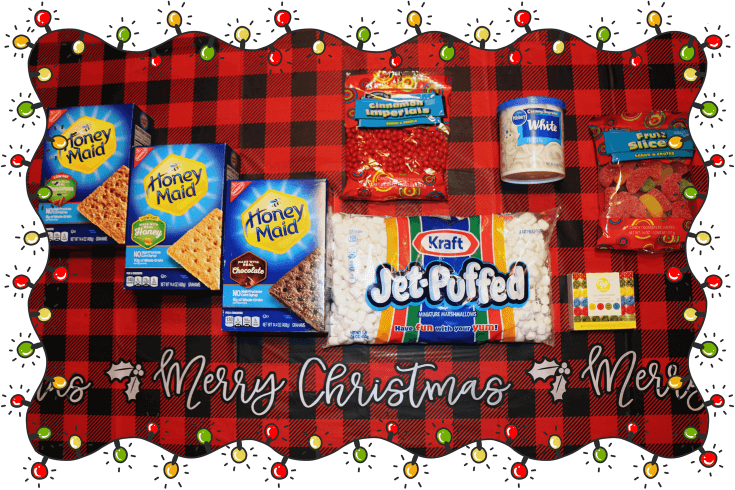 Okay, so here’s what you need:

Okay, so first I cleaned my scissors and then cut in half a bunch of mini marshmallows. These will be used for Santa’s beard. 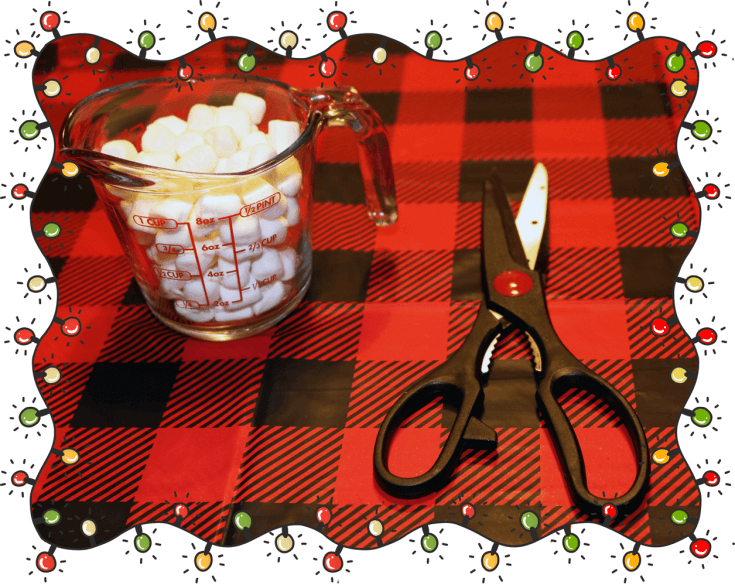 Next, I made the noses by cutting the red gum drops in half. If your scissors are too sticky from the marshmallows, wash them again. 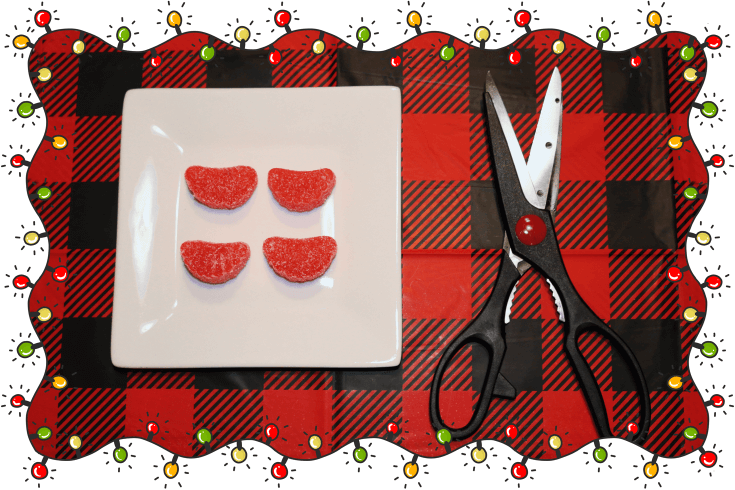 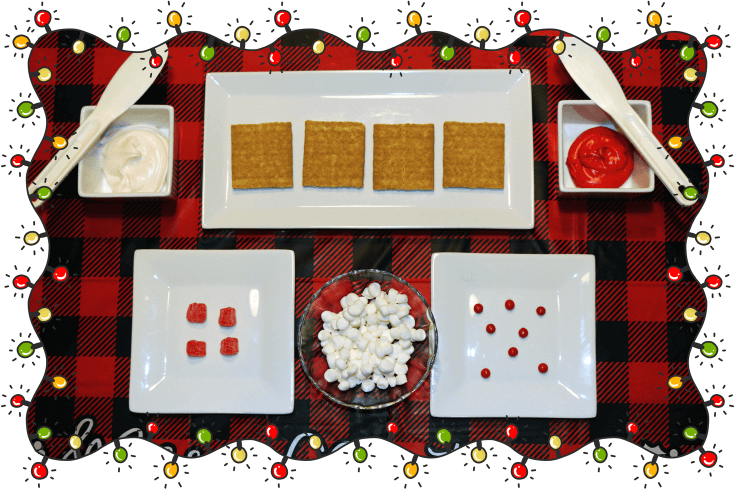 Frost the top corner of your graham crackers with red icing to make the Santa hat.

Frost the rest of the cracker with light pink frosting.
Add a gumdrop for the nose in the middle of the cracker. Place two cinnamon candies above the nose for the eyes.

Finally, make the beard by placing 2 lines of marshmallows pieces on the bottom edges of the cracker. Do not forget to add a marshmallow at the top of the hat! 🙂 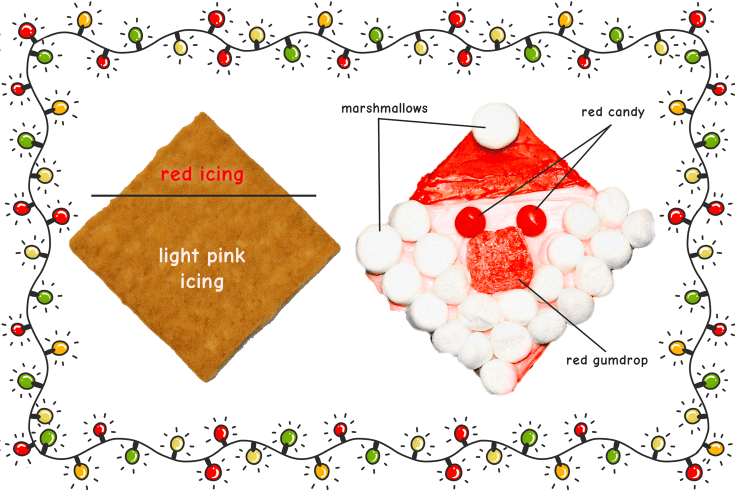 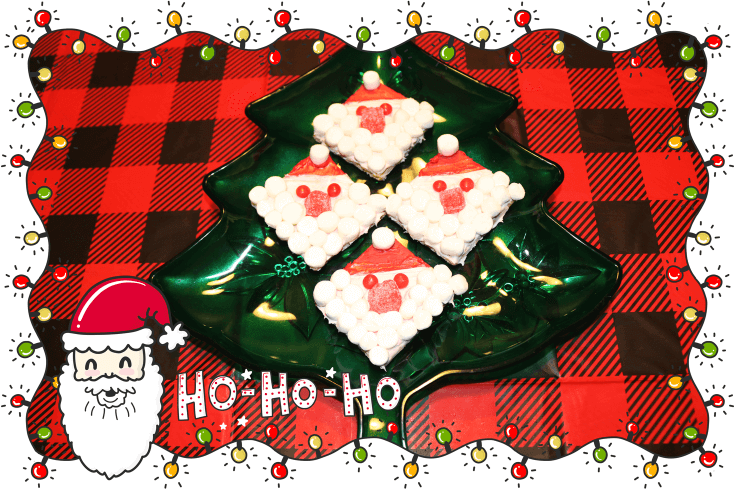