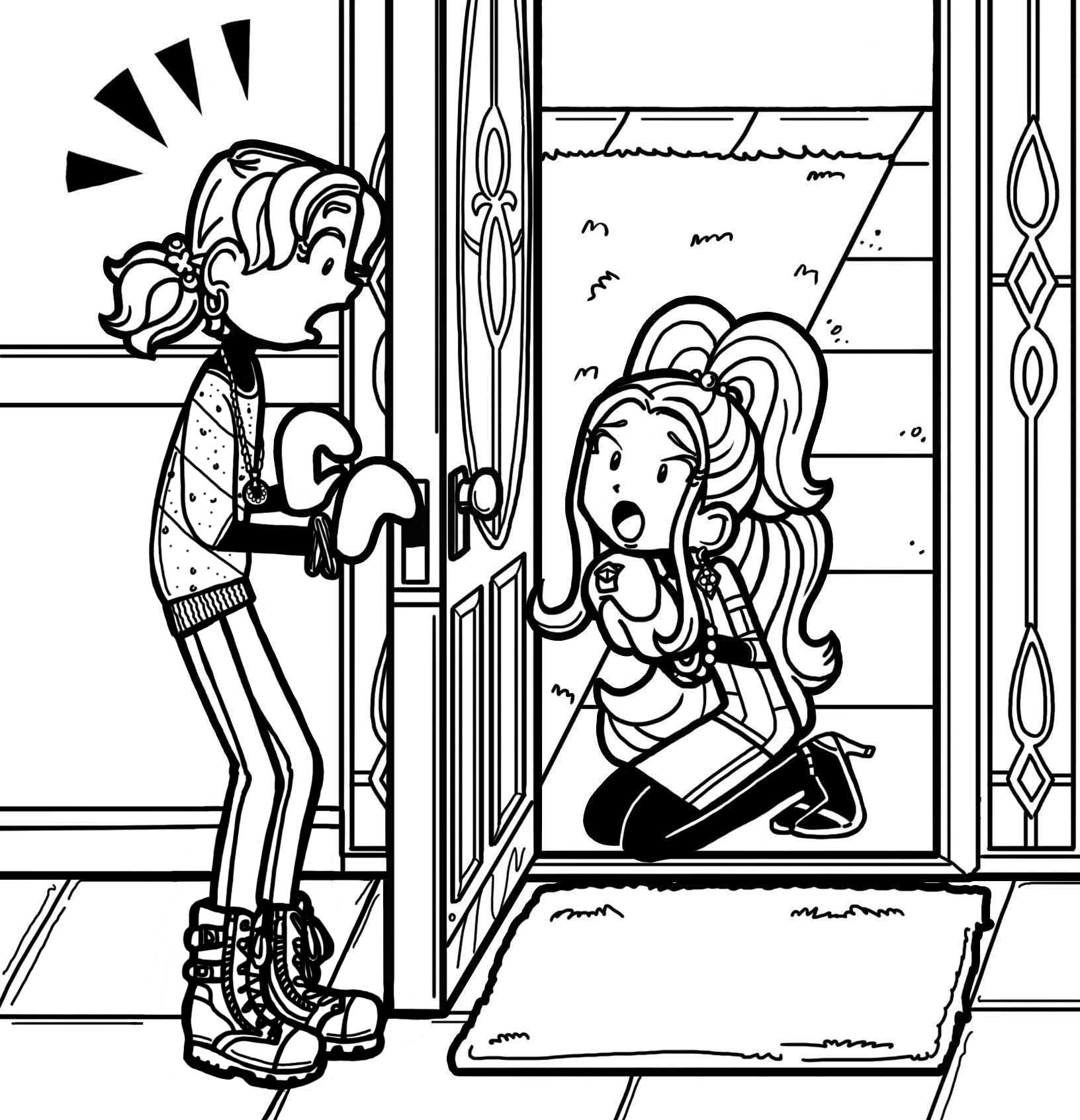 OMG! You’ll never believe who just came over, bringing with her a dark, ominous cloud of pure EVIL! Actually, based on the obvious disdain in my opening sentence, I’m pretty sure you know EXACTLY who: MacKenzie! But maybe this part will be more surprising (it was to me!): she came over to ask me for a favor. That’s kind of like the crocodile asking Captain Hook, “Hey, buddy, can you give me a hand?” (Get it? Because Hook HATES the crocodile…and it’s even funnier because he ate his hand! Ha!) I couldn’t believe she had the nerve to ask me to help her with something, or that she’d even want me to. She thinks I stink at pretty much everything that matters to her, like wearing cool clothes, being popular, and slathering on fourteen layers of lip gloss. What in the world could she want from ME? Turns out, there’s something she thinks I’m really good at: getting people excited about stuff! I mean, I guess it makes sense. I did an awesome job planning that dog wedding a while back, and even got an interview in the local paper.  I’ve had a number of successful yard sales. And let’s not forget the frenzy I created with my fake tattoos when I first got to WCD. I’ve never really thought of myself as a leader, seeing as I’m a MASSIVE dork, but I guess it’s true! So, what exactly did MacKenzie want? She wanted me to help her promote her back-to-school shopping business. Or, as she said, “I spent the whole summer on a new line of Fab-4-Ever Fashions, and I just KNOW you could help me capture the dork market!” At first, I seriously considered saying, “I’m sure you’ll go far with your fashions without me, MacKenzie, and I really hope you’ll stay there…far, far away!” But then I thought about something. She seems to really care about the clothes she makes, kind of like I care about art. It’s kind of cool when someone puts their heart into something. And we’ve spent WAY too long being enemies. I thought that maybe if I helped her out a little, she’d realize there’s no reason to be so nasty, and then we might get along better. I HIGHLY doubt we’d become friends, and to be honest, I wouldn’t want to be. Even if she acted nice for a bit, I’d never be able to trust that it would last. As her BFF Jessica knows, getting close to her is a BIG mistake. It’s like trying to pitch a tent on the sun…it’s only a matter of time until you get burned! But as a non-friend/non-enemy somewhere in the middle, and as someone who once helped her with something important to her, maybe she’d be a lot less mean and my life would be a lot easier. So, I told I her I’d help her out…but only if she plays by my rules! 1. We do everything by email. (I might be nice enough to help her, but that doesn’t mean my nose should have to suffer from her overpowering perfume!) 2. I don’t want ANY credit. (I don’t need everyone knowing that I’m working with someone who’s treated me like something stuck on her shoe. And she had no problem with this…she LOVES taking credit for other people’s work!) 3. I get 15% of her sales. (When you’re a bully, niceness comes with a price!) Now I just need to think of some ideas to help her sell some of her clothes! What do you guys think? Do you have any suggestions?